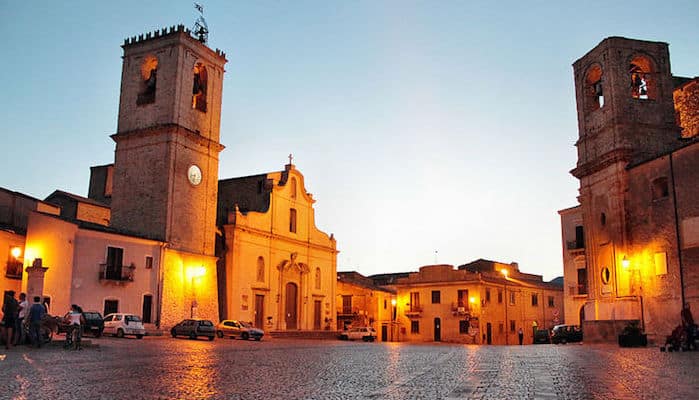 The 1988 Best Foreign Language Film Academy Award Winner Cinema Paradiso is somewhat of a cult hit among movie buffs, but even if you haven’t seen this Italian coming of age drama, its filming location in the village of Palazzo Adriano is a wonderful spot for a run through a quintessential small Sicilian village. The lack of traffic here makes for better running than some of the larger Sicilian cities, and the charming cobblestone streets are lined with beautiful churches, quaint stone homes, and lovely views of the hills in the distance. It’s a small enough town for a DIY route, but be sure to hit some of the landmarks from the film, including the cinema on Via Nino Bixio, which overlooks an extravagant Baroque fountain. Be prepared for some weird looks. This village doesn’t see many tourists, never mind runners!

Great Additional Options: There are some wonderful side roads, especially to the west of town. We  recommend following the unnamed roads from Chiesa di Sant’Antonino heading west, which offer traffic-free running through the rolling hills of the Sicilian countryside.

This 6.4 km run hits the top sites in the Sicilian capital of Palermo, including the Norman... more...

The small island of Ortigia (Ortygia) is a must see when visiting the Sicilian provincial capital of... more...