No Thanks
St. Louis, MO 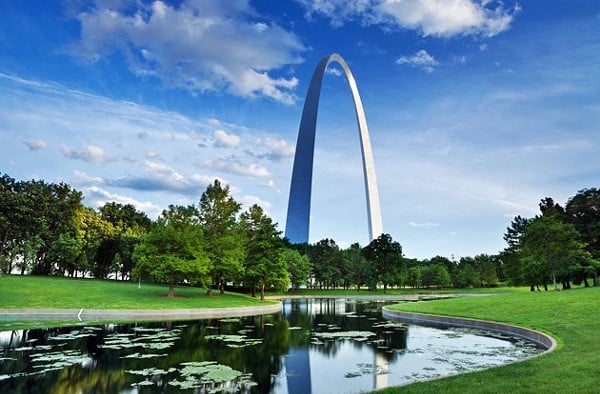 The signature St. Louis run! The most recognizable landmark in the city (and one of the most recognizable internationally), the Gateway Arch is at the heart of downtown St. Louis, and sits on the west bank of the Mississippi River. The arch is the centerpiece of the Jefferson National Expansion Memorial Park, which is operated by the National Park Service. With most hotels and the Convention Center, this 4.5 mile run incorporates many St. Louis landmarks.

To make this run especially dramatic, we suggest starting at Memorial Plaza, which is ~1 mile west of the park. Market and Chestnut are the main streets through here, with green plaza as the median. Head east, passing by the Soldiers’ Memorial Museum, and numerous small parks, including the Citygarden Sculpture Park. Passing the landmark Old Cathedral, you’ll enter the Gateway Arch/Jefferson Expansion Park area, with the newly renovated museum, parkland, and Gateway Arch Trail leading to the Arch. The area is administered by the National Park Service, and there’s still construction there as of Summer 2018.