No Thanks
Vancouver, BC 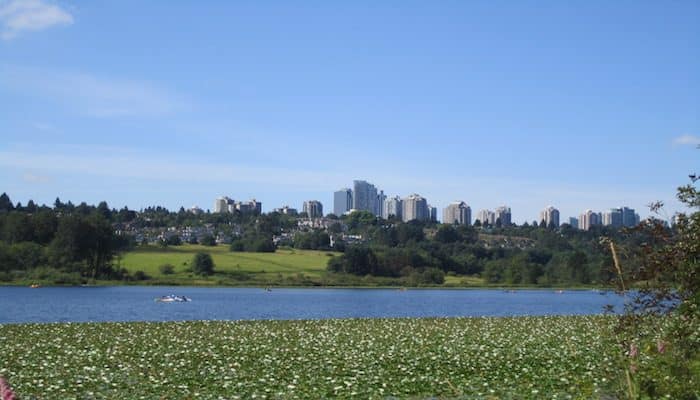 Burnaby is Vancouver’s major eastern suburb. The best running option in the area is Burnaby Lake Park, where a 6.3 mile gravel path circles the lake. There are a couple of brief road sections. Note that vegetation obscures water views for some of the time. From the southern end of Burnaby Lake, it’s a short jaunt over to Deer Lake, which has an extensive network of trails and a 2-mile perimeter path around the lake. There are good views of the water most of the time.

Burnaby Central Park is another great choice for running in east Vancouver. At 200 acres, the park is notable for its immense douglas fir, western hemlock, cedar, poplar and maple groves. There are lots of trails for running, but a popular option is the 5k Terry Fox Route. Anyone running in Canada should be familiar with Terry Fox — he was a Canadian athlete who, having lost a leg to cancer, embarked in 1980 on a 5,300 mile run across Canada to raise awareness and money for cancer research.

At more than 1, 000 acres and surrounded by the waters of Vancouver Harbour and English Bay,... more...