No Thanks
Vermont: Foliage Routes 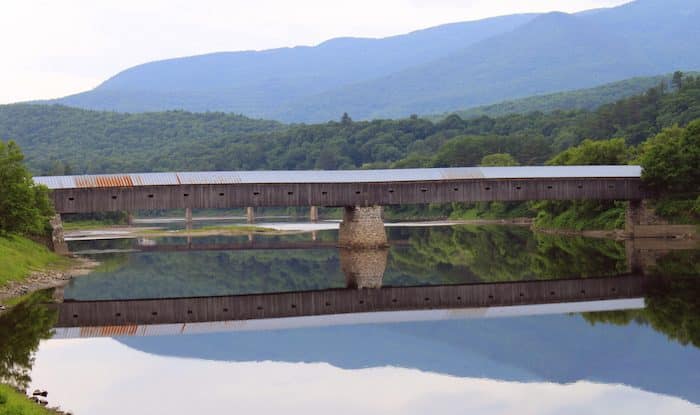 Other than the signing of Vermont’s constitution, this tiny town on the Connecticut River, which forms the Vermont/New Hampshire border, is notable for two things: the long covered bridge that spans the river, and the home of New England’s beloved Harpoon Brewery. These staples of Windsor combine to form the course of Harpoon’s Octoberfest Road Race, a scenic tour of this Eastern Vermont township. The race takes place during primetime leaf viewing in early October, but you can do a modified version of the course in any season. If you want to cross the bridge, be very careful. It’s wide enough for two cars, but there is no sidewalk so plan your crossing for a time of minimal traffic.

The Trapp Famiy Lodge is a famous Vermont landmark, owned by the Trapp family of Sound and... more...