No Thanks
Aarhus, Denmark 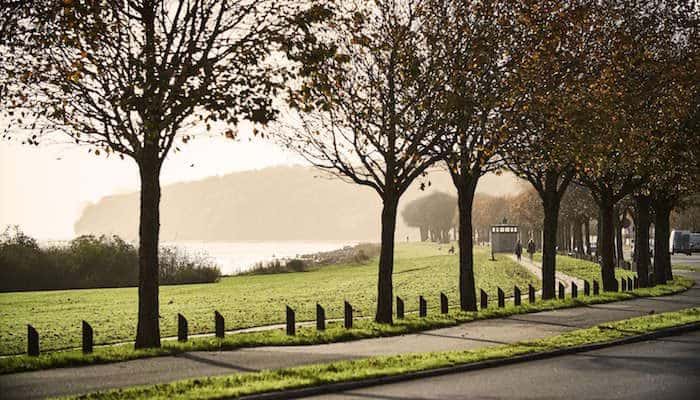 The locals in Aarhus have done some of our work for us by mapping out seven fantastic trails, radiating out from the center of Aarhus like “sunbeams.” It’s a partnership between the Aarhus Natural History Museum, Nature and Environment, The Outdoor Council, and the Municipality of Aarhus.  Each of the trails has a unique aspect — coastal, forest, mountains — but almost all of them are suitable for running. Terrain varies from trails to gravel paths to paved roads and distances range anywhere from 3.3 to 25 km. Those closest to the city center are the Coasta, Pulse, and Park routes. More info here and here. 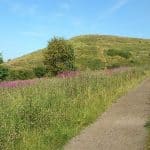 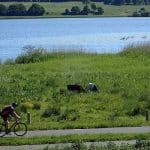 Blue Route: The “Blue Route” is named for the waterways it passes by, including the Aarhus River, Brabrand Lake, and Meadow Lake. The 24 km course starts from The City Museum of Aarhus and wraps southwest along the river and around the lakes. There are many shorter options as well: runners can follow marked 3 km (green), 5 km (gold), 7 km (red), and 10 km (black) courses around the lakes. Long distance runners take note, the route continues west on the 64 km Aarhus to Silkeborg path. Brabrand is also home to Parkrun, a free 5k, every Saturday morning at 9 am. Full Blue Route MAP. Loop Options Map. (Courtesy Aarhus Kommune). 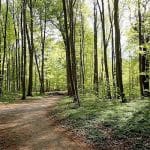 Coastal Route: Aarhus’ Coastal Route is a 17 km loop that starts out near the Tangkrogen fairgrounds and winds south through the forested coastal paths of Marselisborg (Havreballe) to Skovmøllen. The route is designed as a cycling path, but most of the lanes are runnable. If the route is heavy with bike traffic, there is a dirt side trail runners can bail onto. Whichever path you choose, don’t miss a jaunt across the Den uendelige bro infinity bridge just south of Marselisborg Strand (2 km mark). For a shorter route, there is a nice 2.5 km running track through Havreballe forest. Coastal Route MAP. 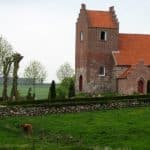 Countryside Route: The inland “Countryside Route” of the Sunbeams travels mainly on the edge of rural farm fields. It uses both dirt and paved roads with little to no traffic. Starting from Vestereng, this 18 km route goes through the former military area to Kasted. Countryside Route MAP. 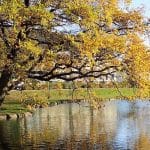 Park Route: Linking three of Aarhus’ main parks, the 5.4 km Park Route begins at University Park, loops south into Vennelystparken, then back west through the Botanisk Have (Botanical Gardens). This route is mostly paved and close to the center of the city for easy access. Park Route MAP.

Pulse Route: The pulse route is a 3.3 km stretch (marked in red) through the scenic Riis forest on well-kempt dirt carriage roads. For a slightly longer option, follow the 4.7 km gold track around the forest. There is also stationary strength equipment in the park — perfect for rounding out a short run. Pulse Route MAP.

Forest Route: The shady and lush “Forest Route” can be accessed either from Mollerup Skov or Viengevej. The first option carries runners through the forest to Kirkestien while the second heads south around Meadow Lake (Egå Engsø) to Terp. Depending on which way one runs, an out and back is either 6 or 11 km. Other options in this area include a 5.2 km circuit around the gravel paths of Egå Engsø or a loop around Mollerup Forest, which has 2.7 and 3.5 km marked routes. All routes in this area are easily combined. Forest Route MAP. Mollerup Skov MAP (Courtesy Aarhus Kommune).

Take a tour of Aarhus’ top architectural and cultural sites on the pedestrian-friendly streets of downtown. Our... more...