No Thanks
Abu Dhabi, UAE 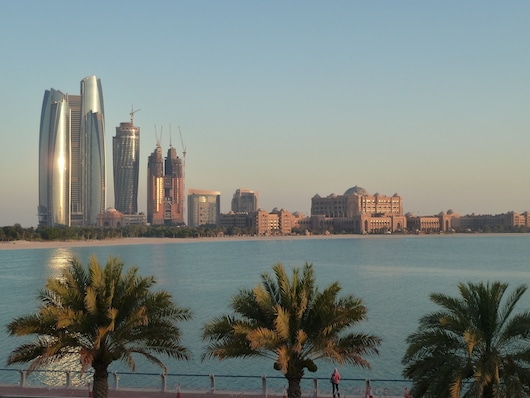 Al Kasir is an island right across from the Emirates Palace grounds, featuring two marinas, and pleasant roads and paths with views of the water and the impressive Abu Dhabi skyline. At the center of the island is a large shopping mall and the Marina Eye ferris wheel.

For an ~8 km loop, start on the island itself. We prefer taking the Corniche path across the bridge (adds 3 km out and back). At the end of the bridge, turn RIGHT on Al Alam St. and run alongside the water for 1.4 km to the end, which features impressive views of the skyline and reputedly the largest flagpole in the world. Return to the bridge and then do a similar jaunt alongside Al Kasir St. (separate path some of the way) for 2 km to the marina on the west side of the island.