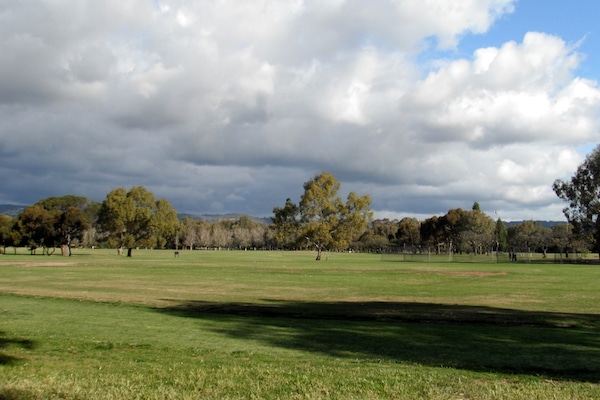 While the Torrens Linear Park Trail celebrates the river and central park lands from east to west, the Park Lands Trail forms a perimeter around the series of 27 parks in central Adelaide from north to south. Running a loop of the city on this series of paved, connected trails is a great way to see the various parks and historic buildings. The full loop is 18 km, while there are options to do the 12.5 km South Adelaide Loop, the 9 km North Adelaide loop, and additional trails and fields throughout the parks. The River Torrens Trail can be used to connect the east and west sections of the Park Lands Trail. There’s clear signage and maps, and plenty of water and toilet facilities.

Starting from the north a the Adelaide Aquatic Centre and running clockwise, you’ll be just north of Wellington Square in Park 2. Pass through a series of parks, which are named and numbered. On the east side are the Botanical Gardens, Zoo, and National Wine Center (Parks 6-16).  The southern end skirts the perimeter of Victoria Square, starting with Victoria Park (Park 16) 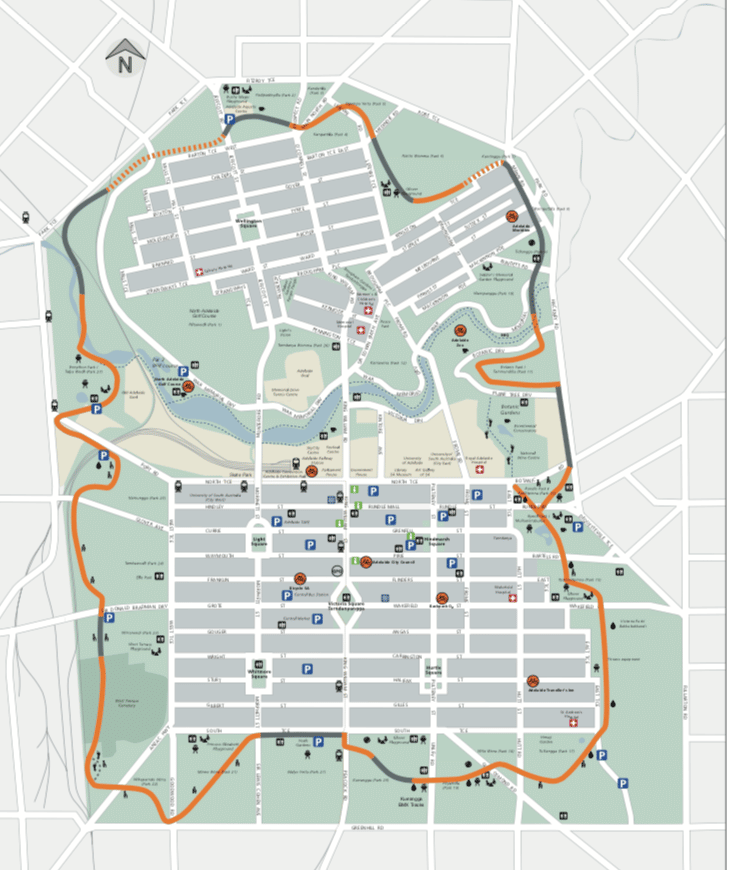 and running through Parks 17-21. On the western end (Parks 22-27) are the West Terrace Cemetery and the North Adelaide Golf Course.

Add-Ons/Options: There are good options for one-ways, using the bike share stations, trails that cut through the park north-south and east-west, and transport (tram lines running through Victoria Square and train lines on the west side of the Park Lands). The University Loop (Park 10) is a popular running route, as is the River Torrens Trail.

Does anyone have a GPX file for this route?