A Guide to Running in Adelaide, Australia 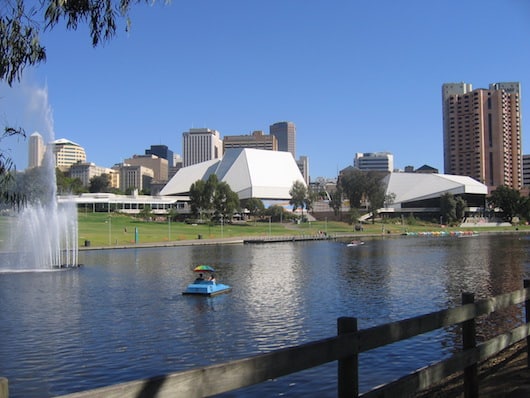 Adelaide is a hidden gem of a city for running. The capital of South Australia, known as the ‘City of Churches’, while boasting a more laid back culture than Melbourne and Sydney, is also a self-professed  food and wine ‘capital’. The spectacular setting makes running in Adelaide a pleasure. The city is surrounded by parkland, numerous rivers, and is also 10 km from the western coast.

The signature run in Adelaide is Park Lands Trail, which forms a perimeter around  27 parks and is also a great way to ‘sightrun’ the city. Within that, join the locals  at Victoria Park and the University Loop. Another great place to run in Adelaide is the River Torrens Linear Park Trail. For beach views, the Coastal Trail goes for 70 km, and we’ve put together some good options, anchored by Glenelg. Just off the Coastal Trail, West Lake and Patawalonga Lake offer two attractive perimeter loops. The West Trail and Mike Turter Bikeway are multi-use paths that connect central Adelaide to the coast. The Sturt River Linear Park Trail and three interconnected trails near the airport are additional off-road running options.

Adelaide’s attractive running options are nearly all accessible by transport. There are buses, trams, and light rail lines within the city and also a tram connecting to Glenelg on the coast, so pick up a metroCARD! There are good maps and effective way-marking.

Some of our favorite runs in Adelaide, Australia

Memorable 18 km trail forming a perimeter around and through 27 parks in north and south Adelaide.... more...

This route is a great combination of green space, water views, and Adelaide attractions. The most popular loop is 6.5 km, but overall the trail is 35 km from Henley Beach to the Adelaide hills.
Explore 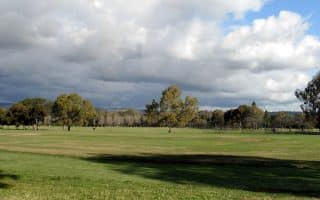 Memorable 18 km trail forming a perimeter around and through 27 parks in north and south Adelaide. Great way to see the greenery and some city highlights. Good options to add-on or vary the distances.
Explore

This 2.2 km loop of 'Park 10' is a popular location for early morning run and fitness groups. Located near the CBD, next to the zoo and botanic gardens. Do standalone or as part of longer river/park run.
Explore 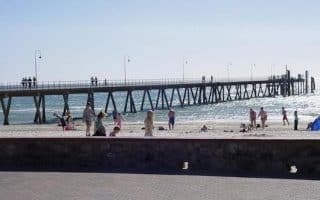 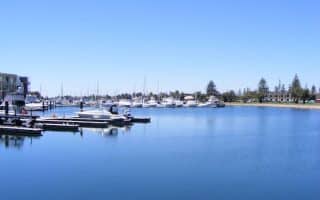 Pleasant 3.7 km loop around this lake known locally as 'The Pat'. Located just north of Glenelg, can be combined with our Coastal Trail or Airport Trail routes.
Explore 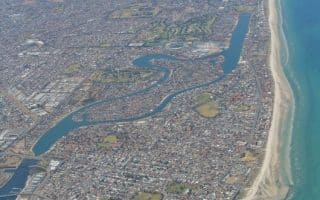 A paved 5.8 km path around this picturesque lake north of the city, adjacent to gorgeous lakefront homes. Can also be part of a longer route incorporating the Coastal Trail.
Explore 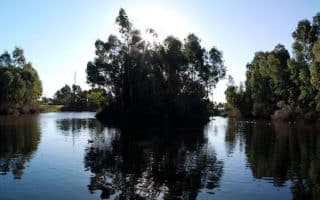 Paved, multi-use path west of Adelaide, close to Glenelg and the beaches. Starts near Anzac Highway Bridge and heads for 7.4 km southeast to the Warriparinga Wetlands. Oakland’s Wetland and Reserve is a nice add-on.
Explore 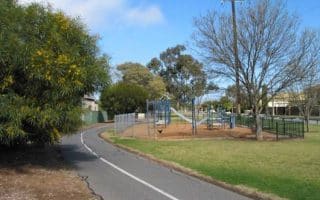 Good multi-usepath that runs for 10 km along a former rail run from Adelaide to Glenelg. Paved and entirely off road, except the western 2 km. One fun option is to run one-way and transit back!
Explore 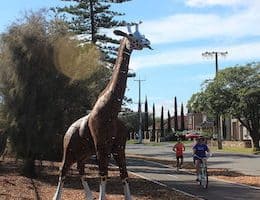 Multi-use path follows the Glenelg tramline from central Adelaide for 9.6 km to the coast. There are interesting metal sculptures along the trail, and some nice views. Run one way and return via tram!
Explore 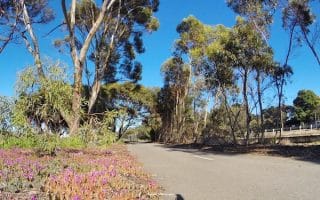 This route is a great combination of green space, water views, and Adelaide attractions. The most popular loop is 6.5 km, but overall the trail is 35 km from Henley Beach to the Adelaide hills.
Explore

Memorable 18 km trail forming a perimeter around and through 27 parks in north and south Adelaide. Great way to see the greenery and some city highlights. Good options to add-on or vary the distances.
Explore

Adelaide has a great climate for running, with warm to hot summers and mild winters. At height of summer, average high temperatures are in the 30C (86F) range, though nights cool off and it’s not too humid. Although winter temperatures average 16C (60F) during the day, with cool nights, it can be windy, making it feel colder than it is — bring a layer! Most of Adelaide’s precipitation falls during the winter months — summers tend to be much drier.

There are several other running stores in the area — see locations and info on the overview map on the Adelaide Home Page.

The Adelaide Running Crew offer a range of runs throughout the week for only a gold coin donation – http://runningadelaide.net/

Kathmandu & Salomon Trail Running Club offer training sessions around Adelaide suitable for all running levels, all you have to do is register.

Running SA organise the Adelaide Run Night which is a weekly social run group on Tuesday between 6pm and 7pm which caters for all abilities. Be sure to register prior to attending

The Torrens Weir is also home to Parkrun, a free group 5k held every Saturday morning. You can see the course map and learn more here (https://www.parkrun.com.au/torrens/).