No Thanks
Amarillo, TX 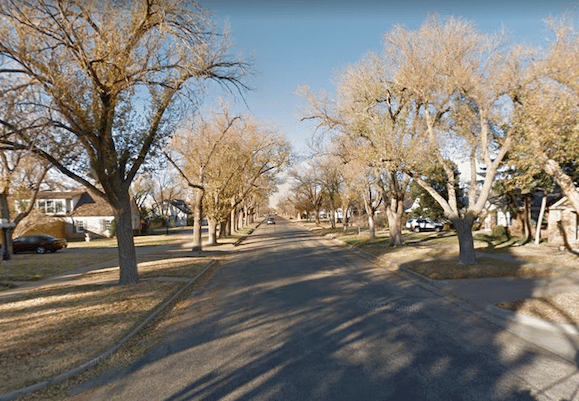 The best spot for a run in downtown Amarillo is to enjoy some of the attractive residential streets that recall the city’s economic heyday between 1900 and the start of World War II. Many of Amarillo’s most historic buildings and homes were built on Polk St. near downtown. Fun fact: the houses were built on the west side of the street as a symbol of status because they would be greeted with the sunrise every morning.

We suggest creating your own ‘residential’ route downtown.  Starting at SW 1st. Ave, run south on S Polk St., for up to 3 miles to about SW 40th Ave. Downtown buildings yield to a more residential feel south of about SW 15th. There are good sidewalks on both sides of the street, set back homes, and some nice shade trees (for Amarillo). For the return, use one of the streets west of S Polk, such as Tyler, Harrison, or Van Buren. You can also add on by running more of these long, north-south streets — they’re nearly all decent for running, as far west as the I-40. The east-west avenues are also decent for running, too.

The second largest canyon in the USA is Amarillo's primary attraction. It's also heaven for running: several... more...