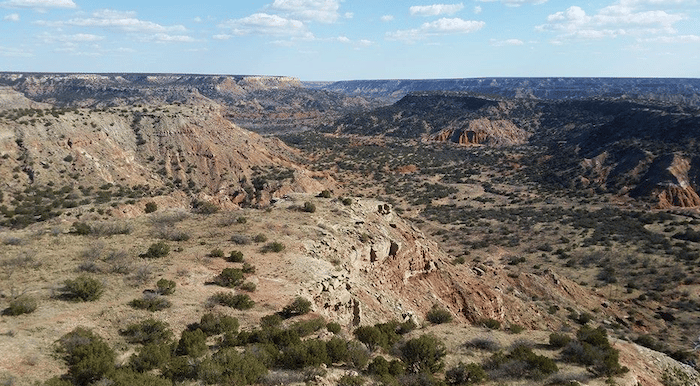 Amarillo is the largest city in the Texas Panhandle and has a history as a major ranching area. It’s the gateway to Palo Duro Canyon, the second largest canyon in the USA and the hands-down running highlight. Our other favorite place to run in Amarillo is the Wildcat Bluff Nature Center, with its 6 miles of trails through native grassland terrain. We also recommend visiting the Lake Meredith National Recreation Area, located 45 minutes north of Amarillo, for its great views and terrific trail running.

Amarillo had its economic heyday in the 1900-1940 era. Running in central Amarillo is no great shakes. Best bets are the historic residential streets such as S Polk., the Rock Island Rail Trail, and some of the modestly sized parks such as John Stiff Park.

Runners should be aware of Amarillo’s climate and geography. It’s one of the sunniest cities in USA but also one of the windiest. There can also be huge temperature variations during the day. And, there aren’t a lot of trees — make sure to hydrate accordingly in summer.

Some of our favorite runs in Amarillo, TX

The second largest canyon in the USA is Amarillo's primary attraction. It's also heaven for running: several... more... 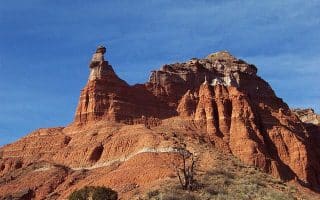 The second largest canyon in the USA is Amarillo's primary attraction. It's also heaven for running: several trails, with something for every level of difficulty. The Lighthouse Trail is the iconic route. Try to do it near sunrise or sunset to capture the rock colors!
Explore 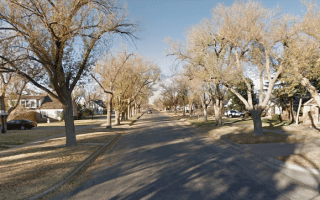 The best spot for a run in downtown Amarillo is to enjoy some of the attractive residential streets between Taylor and the I-40 that recall the city's economic heyday. The highlight is S Polk St., which features attractive, historic buildings and homes.
Explore 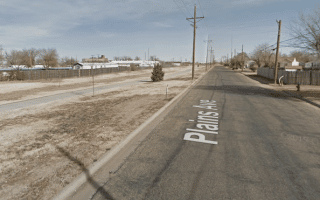 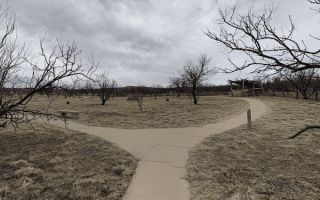 One of our favorite places for running in Amarillo. Located 8 miles west of downtown, the Nature Center features 6 miles of easy-to-moderate trails for running, showcasing the area's native grasslands. Add on with the Old Soncy multi-use path.
Explore 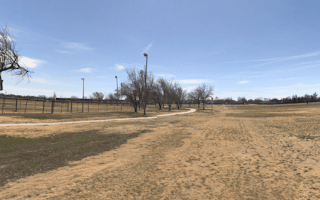 John Stiff Memorial Park is the largest park in Amarillo for running. There are 4-5 miles of paths, including an 0.8 mile loop around McDonald Lake. For a longer run, connect to The Greenways park & neighborhood.
Explore 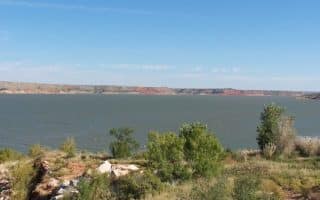 Cliff-lined lake located 70 miles north of Amarillo, featuring spectacular scenery and popular for boating, fishing, and hiking. Trail running ranging from easy to strenuous. Some sections along the lake/river, others rolling hills through canyons and mesas.
Explore

The second largest canyon in the USA is Amarillo's primary attraction. It's also heaven for running: several trails, with something for every level of difficulty. The Lighthouse Trail is the iconic route. Try to do it near sunrise or sunset to capture the rock colors!
Explore

Amarillo is one of the sunniest cities in the United States. It is literally sunny every day. It also features some wild weather — it’s ranked as one of the country’s windiest cities, and there can be big temperature variations during the day. Runners should be aware of summer heat — temperatures average near 90F, and the area terrain is very exposed, so plan accordingly!  It’s a semi-arid climate, so nights even in summer cool of nicely. In winter, average high temperatures are 50F (10C), but nights can get cold, typically dipping into the mid-20s (-6C). Runners should also be aware of the potential in summer for lightning, thunderstorms, and flash floods.

The go-to running store in Amarillo is Get Fit, voted one of the best running stores in the United States. They also do numerous events throughout the year.