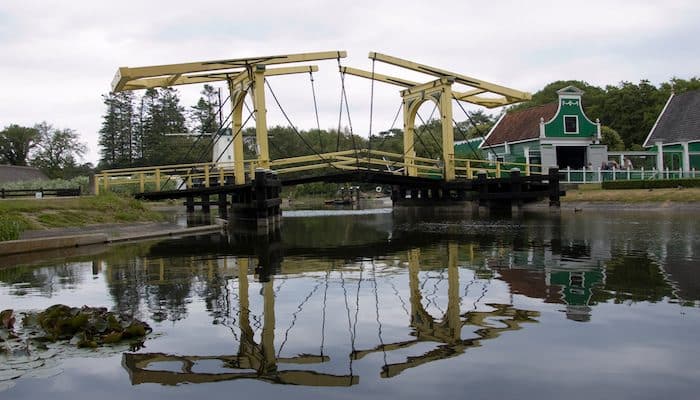 Running along the Amstel River is one of the running treats of Amsterdam. It’s also a great way to get a long run in and get away from the crowds. There are many options here for running here. One goal, popular among cyclists and also distance joggers, is to go to Ouderkerk aan de Amstel. From central Amsterdam, it’s ~7 miles one way, with water views along the entire route. For a shorter run, start near Amstelpark, which saves 3 miles and the most crowded city sections. Amstelpark itself has some pleasant paths for running. Nice detour/add-on: Beatrixpark, which features landscaped paths.

Ouderkerk is a cute little town, and there are lovely restaurants right on the water. From there, a great add-on is the Ouderkerk Plas run around the lake, which adds ~3 miles from the town. You can run on one side of the river and then back on the other, although some argue that the eastern side is a bit quieter.

Our map has the full ~17 miles from Amsterdam to Ouderkerk aan de Amstel, including the lake tour, so you can choose your options. One option is to run one way and take transport back to Amsterdam. About 40 mins. using the 300 bus from town to the Bijlmer Arena metro station. Some key distance segments:

Note: After Restaurant Riva (just past Amstel Station), the route takes a turn up by the road where the Amstel bends to the west. Look for the signs to Ouderkerk aan de Amstel and don’t miss the turn back to the path.

Add-On/Side Tour: For some extra miles or variety, enjoy the trails of Amstelpark (western side of river), and nearby Kalfjeslaan lane in the Buitenveldert neighborhood, or Beatrixpark, which has pleasant landscaped paths.