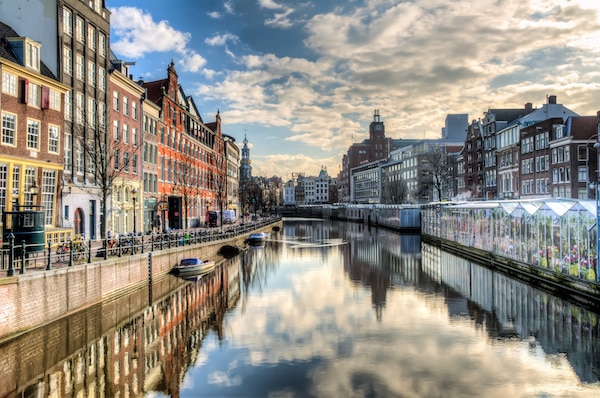 Amsterdam, Netherlands is the business and cultural center of the Netherlands. With its historical canals, beautiful older buildings, and wonderful museums, Amsterdam attracts 5 million visitors annually. This pedestrian and cycling friendly city is also a haven for runners. Water is the running theme in Amsterdam. Highlights include the walkways along the canals, lovely runs along the Amstel River, and some of the city’s beautiful parks, notably Vondelpark, Rembrandtpark, and Westerpark. The ‘north’ part of the city has been developing quickly and features terrific waterside runs. Further afield, Sloterpark and Amderstam Bos (near the airport) are good running destinations and easy to get to. The Olympic Stadium, built for the 1928 games, is a good add-on or departure point for routes in this area. Runners should note that Amsterdam is one of the flattest cities in the world. Note: If you’d like to have a guided running experience in Amsterdam, we highly recommend our affiliate partner Go! Running Tours.

Amsterdam is compact — the canals and Amstel river form sort of a half circle around the older part of the city, and it is only a few km from Central Station to the city’s outer beltway, the A10. The wonderfully preserved older part of the city is inside the S100 beltway road. Nearly all our ‘iconic’ runs are easy to reach from a centrally located hotel or the convention center. Public transportation is excellent, with an extensive tram, metro, and ferry system. A new metro line connecting to North Amsterdam is due to open soon.

Note: Bikes are the main way of getting around Amsterdam. There are off-road paths covering nearly the entire city, many of them for bikes only and shaded red. Please be aware! One bonus of this amazing bike infrastructure is that everything is lit, so running when it’s dark is a treat in Amsterdam.

Some of our favorite runs in Amsterdam, Netherlands

Along the Water | Historic / Tourist | Iconic
Running along Amsterdam’s historic canals is one of the most unique runs in the world. A series of four canals forms a half-circle “ring” around old Amsterdam, lined by gracious older homes and famous sites.
Explore

Iconic | Parks | Iconic Parks
Vondelpark is the largest park in Amsterdam, very popular and centrally located . Combine its lovely paths and gardens with nearby Rembrandtpark for a 5.5 mile loop.
Explore 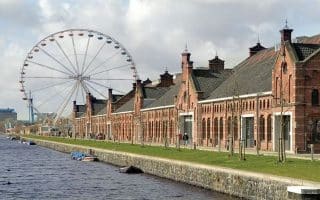 Parks
This is a pleasant urban park in the western part of Amsterdam. Easily reachable by bus or tram. Lots of trails, some paved.
Explore 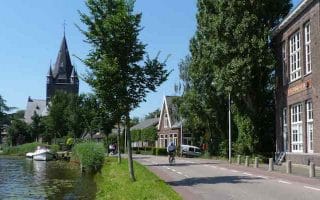 Along the Water | Historic / Tourist | Arboretum/Botanical Garden | Runseeing
A water beltway around central Amsterdam, forming a half-circle. A fun run is to follow the river around the city, mainly along the S100. There are not water views the whole way, but provides access to some of the city’s main sights.
Explore 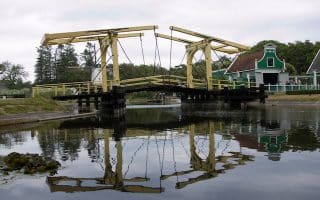 Along the Water | Classic River Paths
Running along the Amstel River is one of the running treats of Amsterdam. A great option is to go to Ouderkerk aan de Amstel, ~7 miles one way from Amsterdam.
Explore 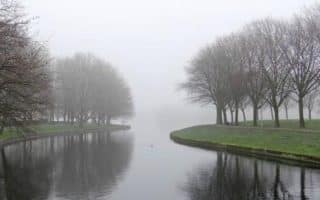 Parks
Amsterdam’s largest park. There are lovely nature trails through the park, and separate pedestrian and biking trails in spots and a 4- mile loop around the perimeter of the lake.
Explore 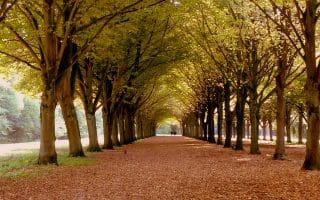 Parks | Trail Running | Near Airport
A large and lovely park southwest of the city and near the airport. There’s a large number of nature paths. Nice paths around De Poel lake, Bosbaan rowing lake, and designated 'cross country' paths of 5k, 10k, and half-marathon length.
Explore 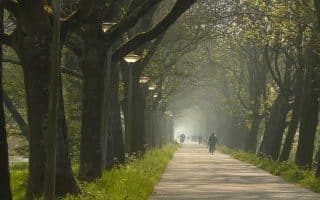 Multi-Use Trails | Parks
In the southwestern part of the city and near the convention center. Lovely running along the 2 km Kalfjeslaan “lane” lined with trees, Amstelpark, and the Gijsbrecht van Aemstelpark. Combine with paths along the Amstel River.
Explore 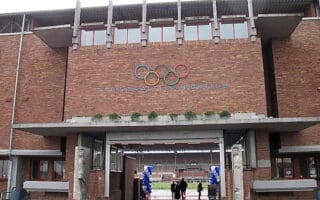 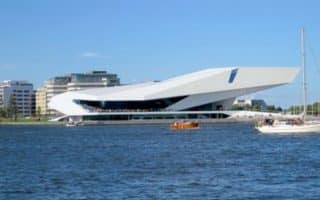 Along the Water | Historic / Tourist
Take a ferry over or metro to Amsterdam North, which has gradually transformed into an arts and cultural area. There's great running around the waterfront, in Noorderpark, along canals, and more pastoral roads north of the A10.
Explore 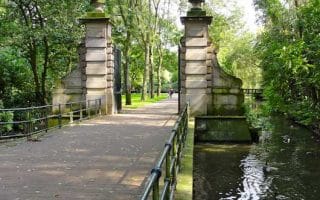 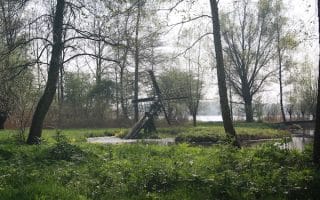 Along the Water | Parks
Park and lake area in southeastern Amsterdam, accessible by metro and a great spot for a bucolic run. The paths of Gaasperpark are ~3-4 km, while a loop around the lake (Gaasperplas) is 5 km. Add-on a couple of km in Nelson Mandelapark.
Explore

Along the Water | Historic / Tourist | Iconic
Running along Amsterdam’s historic canals is one of the most unique runs in the world. A series of four canals forms a half-circle “ring” around old Amsterdam, lined by gracious older homes and famous sites.
Explore

Iconic | Parks | Iconic Parks
Vondelpark is the largest park in Amsterdam, very popular and centrally located . Combine its lovely paths and gardens with nearby Rembrandtpark for a 5.5 mile loop.
Explore Amsterdam, is famously flat. Best ‘hills’ are some of the upward slopes of the canal bridges(!), and in the Bos and Rembrandtpark. The city’s infrastructure is defined by the water, some 400km of bike paths, and a great public transportation system. The metro mainly radiates out but only has Central station, Nieuwmarkt, and Waterlooplein in the central. The tram system is the best way to get around the core. Amsterdam’s climate is influenced by water and the North Sea. Summers are mild and never overly hot. But it is humid. It can be rainy throughout the year but can be especially damp in winter. Winters are chilly, but frigid temps and snow are rare.

As a popular city for business and leisure travelers, Amsterdam is a large selection of hotels. Most of the city’s hotels are in the city core, inside the S100, which like the river, forms a half-circle around the city. There are also lots of hotels near Vondelpark and the Rijksmuseum. Any of these will provide good access to some of the best running places to run in Amsterdam. There aren’t many hotels or great running options east of the S100. Amsterdam North has some hotels, nice neighborhoods, and some good running options. A couple of particular recommendations:

There’s a great selection of centrally located running shops, especially for a city of Amsterdam’s modest size. Runnersworld is the main specialty running store in Amsterdam with several locations.

De Trek Barefoot. Focus on barefoot shoes, for running and other purposes.

Run2Day. Near Vondelpark. Another location in Oosterpark.

Dam to Dam Run. September. Fantastic race attracting 50,000 runners. Part of a huge weekend attracting 88,000 people, with running, walking, cycling events and even a night event! The race is 10 miles one way from Amsterdam, through the tunnel, and to the dam in Zaandam. MAP

Rondje Mokum (Amsterdam Circuit). There are 7 events that are part of Amsterdam’s ‘running circuit’. Mostly 10ks but one 15k.