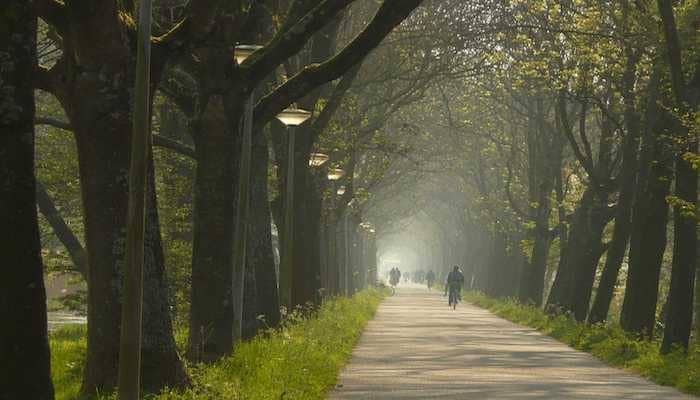 The Buitenveldert is the modern Jewish neighborhood of Amsterdam, in the southwestern part of the city. The area is also near the convention center. There is some lovely running along here. The Kalfjeslaan is a 2+km car-free “lane” with trees lined up on both sides, especially pretty in autumn. Our route also includes a jaunt in the Amstelpark, a park near the convention center (RAI), and the Gijsbrecht van Aemstelpark, with its trails, playgrounds, and art. Just to the north is the urban campus of University of Amsterdm and a major hospital. And just to the west is Amsterdam Bos. There are also some pleasant streets for running in the neighborhood. Olympic Stadium nearby is a good side jaunt.

Add-On: On the eastern side of Amstelpark, there is wonderful running along the Amstel River, especially heading south toward Ouderkerk (we have a separate route for Amsterdam to Ouderkerk).