No Thanks
Annecy, France 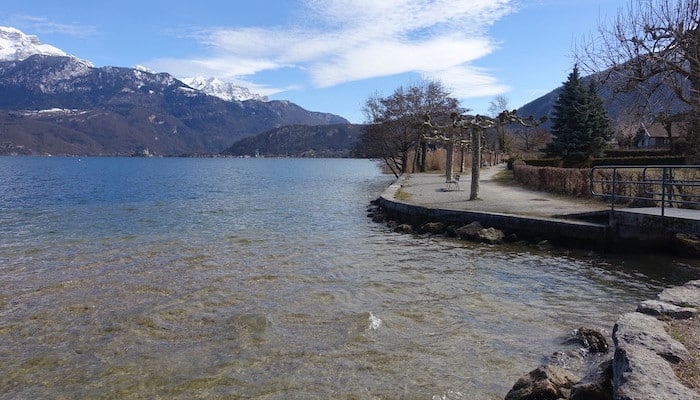 Saint Jorioz, located 8.5 km south of Annecy has some nice running. A favorite is a section along the waterfront, with pretty concrete and gravel paths lining the lakeside. Runners can cover about 2.4 km between Les Roselieres observation deck in the south and Saint Jorioz Beach in the north. It’s good for a nearly 5k out and back. Loop Option: Runners can combine the route with the Voie Verte bike path for a ~6 km loop optoin. To run the loop, start at the parking area near Saint Jorioz Beach. Take Route du Loudon north to the coast, then turn RIGHT over the bridge to Route du Port. Continue south along the waterfront until you reach Les Roselieres. Turn RIGHT on Allee le Beau, which becomes Route des Champs Fleuris. At the bike path, turn RIGHT and head north to the Route du Loudon. A crushed stone path follows the length of Route du Loudon back to the start.

The most accessible running route in Annecy is along the northern waterfront of Lac d’Annecy. Great views,... more...