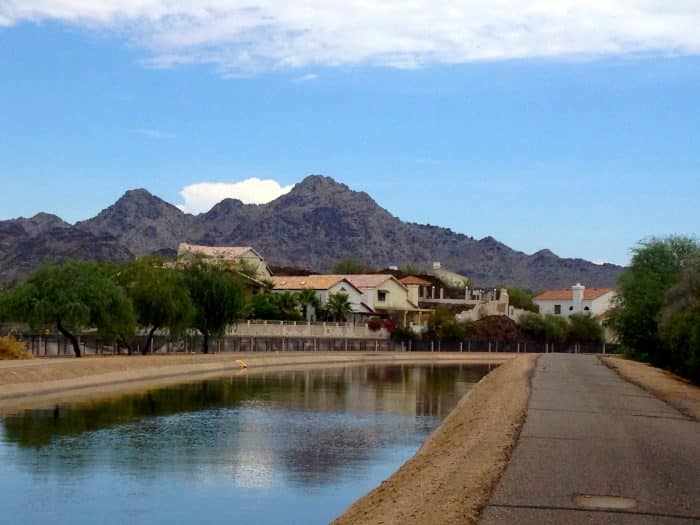 The Grand Canal, the oldest remaining pioneer canal on the north side of the Salt River, runs 25 miles west-east from 99th Avenue near the University of Phoenix Stadium to Tempe Public Park. The path is paved in most areas, though in some areas it’s a hard-packed dirt path. This is also a great place to see birds of the area as they are frequently seen along the route. You will also see some beautiful homes along the way, including the Wrigley mansion and the Biltmore. Other highlights include Grand Canal, University of Phoenix Stadium, local parks, residential neighborhoods, and Tempe Town Lake. The closest access to downtown Phoenix is 4 miles north up 15th St.

The best bet for a longer-distance, green, off-road run in Scottsdale. Multi-use path passes through an oasis... more...