See Also Our Separate Guide to the Phoenix Suburbs for routes in Mesa, Chandler, Gilbert, Glendale, and Peoria 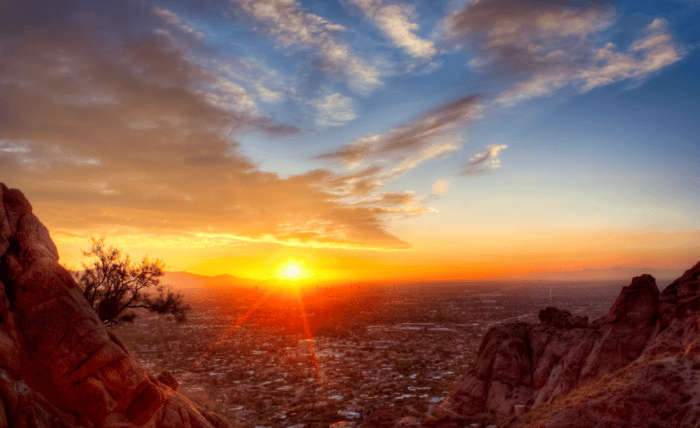 Phoenix is the cosmopolitan heart of Arizona and one of the fastest-growing metro areas in the United States. The year-round sunshine, and the unique terrain of desert, mountain, and rock, make for some unique running experiences. Must-dos are a run amid the rocks during sunrise or sunset, or capturing the desert wildflowers after a rain. Given the area’s size, our guide to running in Phoenix is divided into two sections: Central, including downtown, Tempe, and Scottsdale; and Suburbs, including Mesa, Chandler, Gilbert, Glendale, and Peoria.

The three best places to run in Phoenix are the Desert Botanical Garden/Papago Park, the Indian Wash Greenbelt in Scottsdale, and the Tempe Town Lake Trail.  The running options in the heart of downtown Phoenix aren’t great. It’s better in North Phoenix: Murphy’s Bridle Path, the Arizona Canal Trail, numerous multi-use paths, and recreation areas such as Dreamy Draw and Reach 11 that feature extensive paths. The desert terrain and surrounding mountains make for some extensive trail running options, though it can be hilly & rugged. We’ve highlighted some of the more accessible, less technical trail running spots.

Important note for runners: the weather in Phoenix is extremely hot from May through October, with temperatures often exceeding 110F. Plus, the terrain is very open and exposed. Take the right precautions!  Much of the Indian Bend Wash and Tempe Town Lake trails are lit at night. Also, plan your runs to capture gorgeous early or late day light. As for getting around, the auto generally rules here, though Phoenix and Tempe are now connected by an efficient light rail system.

Check Out Our Other Arizona locations!

Tuscon to the south and Sedona to the north 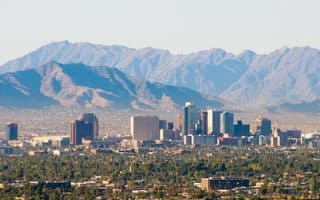 A 4.2 mile running tour of downtown, including some of the better streets, numerous parks and museums, the Capitol, and the Convention Center.
Explore 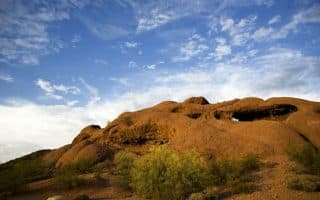 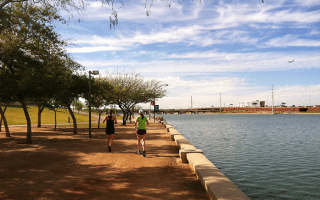 Along the Water | Lake Loops | Near Airport | Rails-to-Trails
Tempe Town Lake, in the heart of downtown Tempe and adjacent to the Arizona State University campus, has a wonderful running trail along the north and south banks of the water. A full loop is 7.5 miles, with good add-on options.
Explore 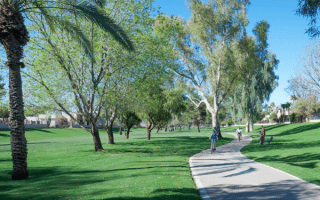 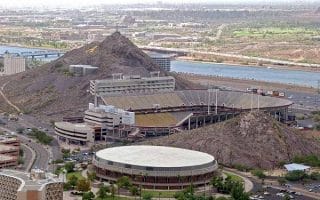 Hilly | Universities
A great run through the huge campus of Arizona State University in Tempe. A highlight of the run is the short but very steep ascent of “A Mountain”. Also near Phoenix downtown and Lake Trails.
Explore 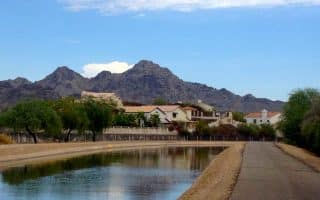 Multi-Use Trails | Rails-to-Trails
The oldest remaining pioneer canal on the north side of the Salt River, this trail runs 25 miles east-west from the University of Phoenix Stadium to Tempe Public Park, passing some great neighborhoods.
Explore 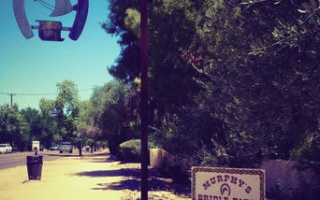 Multi-Use Trails
Just 5 miles north of downtown, this is a pleasant, relatively shaded dirt trail in an area developed in the late 1800s as an upscale Phoenix suburb.
Explore 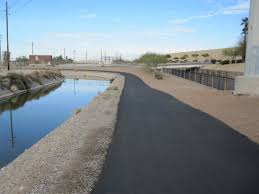 One of the longer multi-use trails in Maricopa County, running ~36 miles between Mesa and Peoria along both sides of the Arizona Canal. It's ~9 miles north of downtown Phoenix, passes through Scottsdale, Tempe, Glendale.
Explore 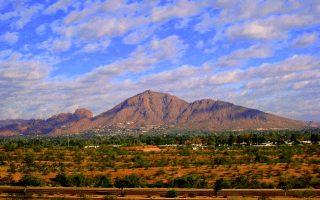 Hilly | Trail Running
Camelback Mountain is iconic throughout the Phoenix area. Extreme heat, no shade, elevation gain… and crowds can make this a challenging run, but the view of the Phoenix metro area is spectacular.
Explore 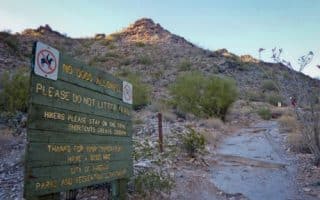 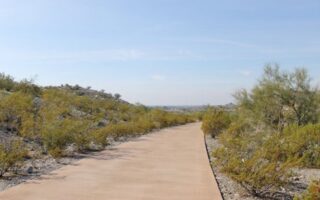 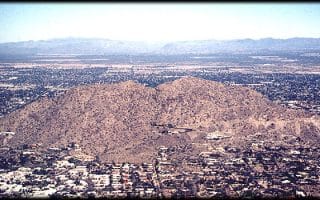 Hilly
Not far from Camelback Mountain, Mummy Mountain has great views and very little traffic to interrupt your run. With wide streets, large houses and a view of the whole valley, this a great place to run.
Explore 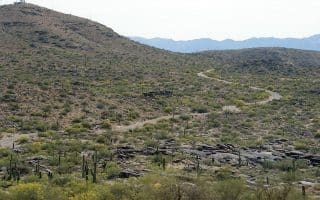 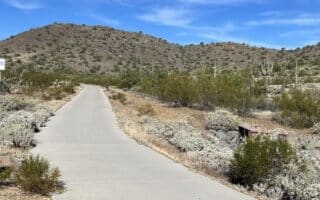 A Taste of the Desert! Sonoran Preserve

Great Views | Multi-Use Trails | Trail Running | Desert Runs
Get a taste of desert running! This preserve in far north Scottsdale features an extensive network of trails, ranging from easy to moderately hilly and technical. Our favorite for running is the 5.6-mile Apache Wash Loop, for its unrestricted desert views.
Explore 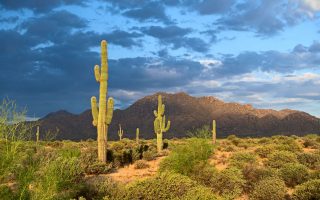 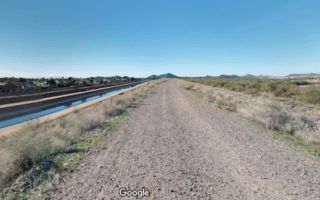 Multi-Use Trails | Parks | Trail Running
The Reach 11 Sport Complex, on the north side of Phoenix, is quickly gaining traction as a favorite local running spot. West side trail is up to 9 miles out and back, and the east side Barrier Free Nature Trail is up to a 7.5 mile loop.
Explore

Phoenix is in the desert. Which means it can be brutally hot. In summer, temps reach 120F and don’t even dip below 80F at night, so hydrating and wearing sun block are critically important. The weather’s great from November-April, but desert mornings can be chilly. Some running groups go early in the morning in summer. Topographically, the city itself is flat but is surrounded by mountains, affording some amazing trail running opportunities.

Phoenix has no shortage of hotels and most travelers stay in Central Phoenix (aka Downtown), Scottsdale or Tempe to stay close to the action. We recommend staying in downtown Tempe rather than downtown Phoenix for more interesting and easily accessible running options.

Bordered by Thomas Road on the north, Buckeye Road to the south and bookended by Seventh and 19th streets, downtown is Phoenix‘s historic and cultural hub, with 19th-century Historic Heritage Square at its center. Here you are close to restaurants, shops and museums. Mass transit links downtown with Sky Harbor International Airport,Scottsdale and Tempe.

Twenty- five minutes northwest of downtown Phoenix, Scottsdale is where to stay in Phoenix if you’re looking to rub shoulders with the well-heeled. Old Town Scottsdale has bustling cafés by day and a buzzing night life. Try staying within some proximity of the Greenbelt for good running options. Also the Phoenician and JW Marriott Scottsdale are at the foot of Camelback Mtn. Road Runner Sports
Since 1983, Road Runner Sports has grown from selling running shoes out of a garage to over 40 locations across America today. After 35 years, they are still family-run and proud of it! They are committed to fitting runners, walkers, and gym goers in perfect fitting shoes. There are local locations in Scottsdale and Tempe.

Runner’s Den
As Arizona’s original running specialist, Runner’s Den has been a pillar of the Arizona running community since its doors opened in 1978. Votedne of America’s “Top Ten” running stores. Group runs: Wednesday at 6pm (a scenic out-and-back along the Arizona Canal and through the Biltmore), Saturday morning at 6am, and every other Thursday at 6pm for a trail run starting at Dreamy Draw Park.

Scottsdale Beer Runners. Great running group. Meets every Wednesday at Fate Brewery on Shea at 7:00. It’s a 3-mile run followed by some of the best craft beer and food that Scottsdale has to offer. All abilities are welcome! They average about 25 runners/walkers dependent on weather.

Due to the extreme heat in the summer, most running events in Phoenix are held fall through spring.

Brewery Running Series. Numerous fun run events throughout the year that all start and end at local breweries

Hot Chocolate (yes, really) December. 5K, 15K
Held in Scottsdale, this race is a chocolate lovers dream — marshmallow sweet stations dotted along the course with a fondue station at the end, not to mention a Finishers Mug filled with goodies.

Rock N’ Roll Arizona January. 5K, 10K, half marathon, marathon.
This course is flat and fast with epic views of the valley of the sun, including Papago Park and Tempe town lake. Participants will enjoy live bands, cheer teams, spirited water stations and other entertainment along the course.

Runner’s Den Pancake RunFebruary. 5K, 10K 15K
Limited to only 2,000 runners, this 5K, 10K or “Double Stack” 15K race is sponsored by IHOP with a complimentary pancake breakfast. Originally staged in 1979 to showcase the talents of marathon legend Bill Rodgers and the opening of Paradise Valley Mall, the event remains a Valley classic.

Pat’s Run April 4.2 miles
Pat’s Run is the signature fundraising event of the Pat Tillman Foundation, held to commemorate the day Pat lost his life in Afghanistan serving with the 75th Ranger Regiment, Pat’s Run is a 4.2 Mile Run/Walk that winds through the streets of Tempe to Sun Devil Stadium, ending at the 42-yard line of Frank Kush Field, symbolic of the #42 jersey Pat wore as an ASU Sun Devil.