No Thanks
Baja California, Mexico 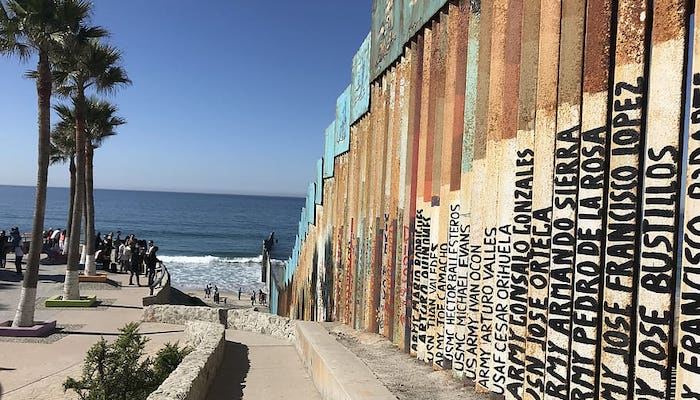 Tijuana, located just south of San Diego is Mexico’s second largest city, with a population of 2+ million. The options for running in Tijuana aren’t great. There lots of stray dogs and the streets aren’t very pedestrian friendly. The best places to run in Tijuana are:

Av. Revolución. OK, this won’t qualify is the most scenic run in the world, but but if you’re right in Tijuana and need to get out there, your best bet is to run along Av. Revolución. It’s the city’s main commercial street, and it’s lined with shops, bars, and other sites. There are wide sidewalks, so it’s runnable. It’s 1.1 miles from the Tijuana Arch south to the Agua Caliente Tower.

Playa de Tijuana: The preferred running route in Tijuana is the malecón (boardwalk) following the Playa de Tijuana coastline. The boardwalk begins from Parque de la Amistad at the U.S. border and heads south along the water. It’s a mostly wood surface, with some concrete and packed dirt sections. The boardwalk itself is only about 1.25 km one way, but runners can continue along the beach for more distance. ROUTE MAP.

Parque Morelos: Parque Morelos has a little bit of everything, from playgrounds to paintball. There are also plenty of runnable paths, and it’s possible to complete a loop of about 4 km around the park. ROUTE MAP.

Parque Amistad. This park is located 12 km east of downtown and is one of Tijuana’s nicer green spaces. One can put together ~3 km along the park’s paths.

Sendero La Banquita: This pleasant trail run is located east of Rosarito and south of Tijuana. It’s a great introduction to Baja’s mountain ranges, without being too steep. However, there isn’t much shade, so prepare for heat and sun. It’s about 10 km, starting from the trailhead at Hacienda Las Delicias. TRAIL INFO (Via AllTrails).

If you’re able to cross into the U.S., nearby San Diego is also a great running city!