No Thanks
Bangkok, Thailand 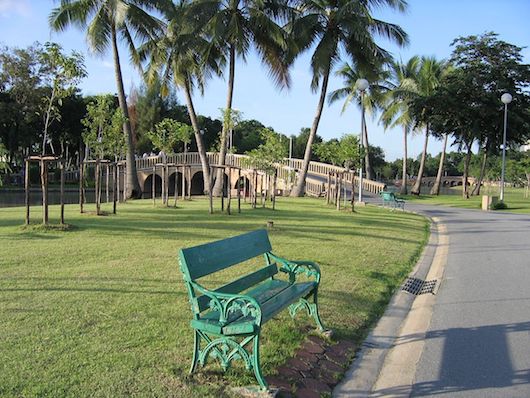 This is another pleasant green area in the city, located in the near the Chatuchak Market. It’s a bit outside the city but very accessible by public transport. It’s a series of several parks: Rot Fai Park and Gardens has a butterfly garden, insectarium, and series of gardens; the botanical gardens at Queen Sirkit Park; Wachirabenchatat Park, which has bicycle and running paths; and Chatuchak Park, which is the second largest public park in Bangkok. 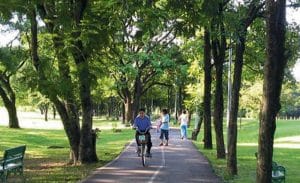 This is an opportunity to put together one of the longest sustained off-road runs in Bangkok, more so than other parks. A loop around the paths of Chatuchak Park is a flat 3.4 km (2.1 miles). With all four of the parks, and the various roads and paths, it’s possible to run 6+ km (4 miles) without overlapping. There is outdoor gym equipment in Chatuchak Park. On weekends, the famed Chatuchak Market is nearby.

An island oasis in Bangkok, referred to as the city's 'green lung'. It's an extensive area, relatively... more...