No Thanks
Bogotá, Colombia 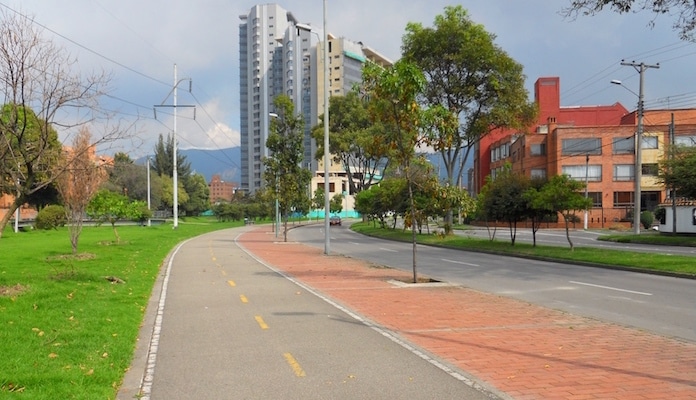 In recent years, Bogota has invested significant money in the rehabilitation and reconstruction of public spaces, including over 300 km of bike paths. The result is one of the most extensive cycling networks in the world, called Ciclorutas.  This opens up vast opportunities for running on a bike path  from almost anywhere in the city. Rather that list each bike path individually, we’ve included a terrific Google Map of the Ciclorutas (courtesy of mejorenbici.com via a Creative Commons License) that outlines the city wide network. A list of bike paths with corresponding mileage can be found here.

This narrow linear park between Calle 87 and Calle 89 in the Chapinero neighborhood of Bogota runs... more...