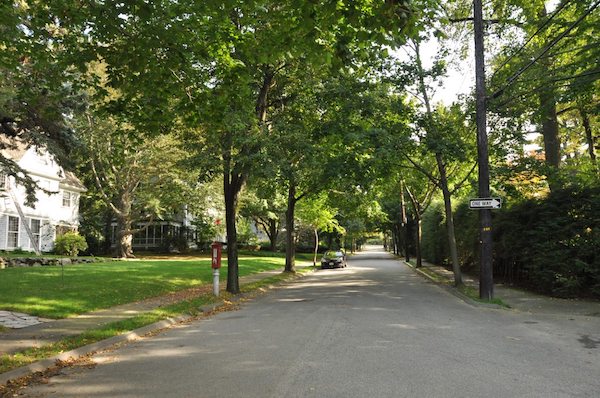 If you’re looking for some beautiful residential running away from crowds, there are great neighborhoods for running in Boston, ranging from the historic South End near downtown to some terrific spots in the immediate western suburbs. For more, see our separate Boston North Shore and Boston South Shore guides.

Beacon Hill. This Colonial neighborhood with its beautiful, gas-lit streets with homes and townhouses featuring Georgian architecture make this a wonderful neighborhood for a run. Just enjoy running up and down the hilly streets between Government Center and the Charles River. Use Charles St. as the anchor. Can combine with Boston Common, Public Garden, and Back Bay.

Back Bay and South End. In Back Bay, run up and down brownstone-lined Commonwealth Ave. Mall, Beacon St., and Marlborough St. between the Public Garden (Arlington St.) and Massachusetts Ave. Then enjoy our South End running tour, a few blocks south of Back Bay.

Brookline and Chestnut Hill. Immediately west of Boston, Brookline has some lovely neighborhoods. From Kenmore Square, it’s 0.5 miles west along Beacon St.  Just west of Park Ave., run in the in the Cottage Farm area just south of Beacon St. or the Longwood Mall area  just north of Beacon St. Further west, do a 1.5 mile loop of Chestnut Hill Reservoir, explore the campus of Boston College, and then run the hilly Chestnut Hill and Fisher Hill neighborhoods just south of Beacon St., which feature lovely streets and gorgeous homes. Use our route map as a guideline. Also easy connections to Charles River paths and Emerald Necklace paths.

Newton. This is the quintessential older suburb. Newton actually has 13 villages. Explore the residential streets just off Newton center, on either side of Beacon St. Don’t miss Crystal Lake! A bit further west, the neighborhood between Walnut St. and Rt. 16, just north of Commonwealth Ave., is wonderful. Waban is also lovely for running.

Wellesley. The best suburb for running in Boston. The Crosstown linear park path runs through town to Wellesley College, whose Olmsted-designed campus is also spectacular for running. Use Rt. 16 (Washington St.) as an anchor to explore wonderful residential neighborhoods. Favorites are off Abbott Rd. (south of Rt. 16), and off Cliff Rd. (North of Rt. 16). Also, wonderful running on the campus of Wellesley College and the path around Lake Waban. WELLSELEY COLLEGE ROUTE. WELLESLEY CROSSTOWN PATH

Cambridge. Our favorite residential area for running in Cambridge is the area south of Massachusetts Ave., between Harvard Square and Porter Square. Use the original Marathon Sports store as an anchor. CAMBRIDGE BACK ROADS ROUTE. Another favorite is Fresh Pond, which has a gorgeous 2.5 mile perimeter path and some tributary trails.

Boston's South Shore, defined as the area reaching south of the city to the Cape Cod bridges,... more...