No Thanks
Brasília, Brazil 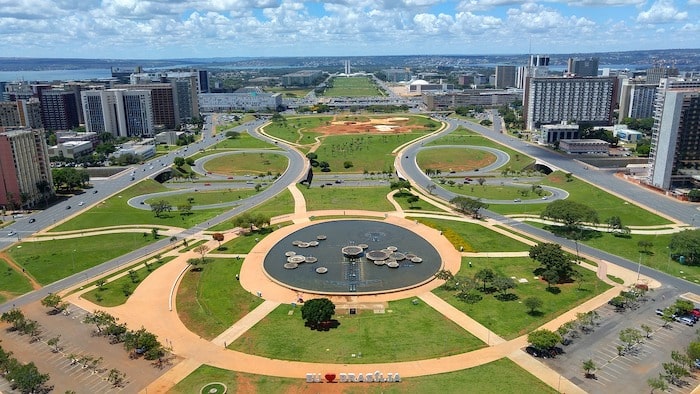 The Eixo Monumental (Monumental Axis) is the heart of Brasília’s Federal District and makes for a unique, and in many ways spectacular run. The Eixo is the major east-west political and administrative corridor, consisting of various ministries, national congress, presidential palace, Cathedral of Brasília, the supreme court building and the TV tower. It’s similar in concept to the National Mall in Washington, D.C. It’s not always bucolic, as there are two six-lane roads flanking the Eixo. But there are paths alongside the roads and some park-like sections and gardens in the median. Overall, it’s 10 km one-way from the Military Cathedral of St. Mary to the Bosque dos Constituintes. Just past the National Congress, the Three Powers Plaza has the world’s longest continuously flying flag. On a map, it looks like one can continue past the Bosque all the way to the Paranoá Lake, but it’s a bit of a no-man’s land from a running perspective. Key distances and landmarks are shown in the table below. Run the whole thing or choose a section! 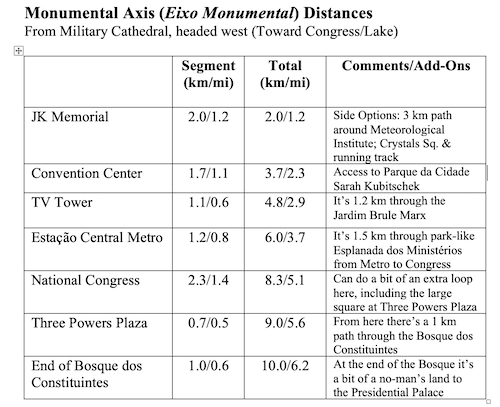 One of the largest urban parks in the world. Large open spaces, recreation facilities, a lake, an... more...