A Comprehensive Guide to the Best Places to Run in Brasília 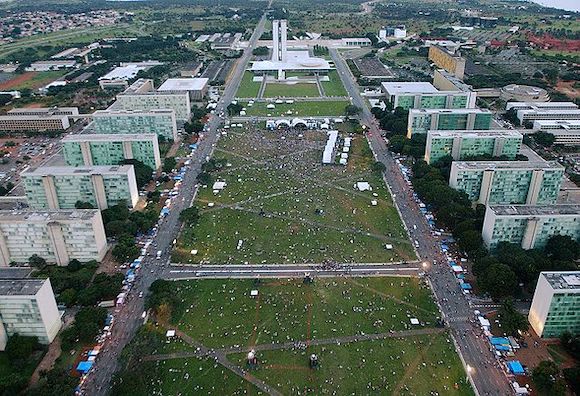 Brasília is an unusual city and it is similarly so for running. Located 600 miles inland from the coast, Brasília is a master planned city inaugurated in 1960, replacing Rio as Brazil’s capital. The street and building plan, which is shaped like an airplane, consists of the impressive Eixo Monumental, with sweeping concrete plazas and imposing edifices. Ringing the Eixo are residential, commercial, and financial districts, with the artificial Lake Paranoá at the eastern end. Brasília’s design speaks to the supremacy of the automobile, but there is some decent running in Brasília, centered on the Eixo, several larger parks, pedestrian paths in the residential district, and a couple of nice waterfront spots.

The signature run in Brasília is the Eixo Monumental, which is similar in concept to Washington, D.C.,’s National Mall. The adjacent Parque da Cidade is another great place to run in Brasília. We’ve also put together a couple of routes in Brasília’s residential districts: Asa Norte and Asa Sul, which includes some nice parks as well. As for waterfront running, although there are not any longer paths along Lake Paranoá, there are several parks on the lake that make for nice running. For a destination run, head 10 km north to run in Brasília National Park — one of the largest parks in the world located in an urban area.

Brasília’s geography is mainly savanna and is quite open and exposed. Temperatures are quite similar throughout the year, with distinct wet and dry seasons. As for getting around, the car reigns supreme in Brasília, although there are buses is a metro line that extends from the Eixo through Asa Sul.

Some of our favorite runs in Brasília, Brazil

A unique, spectacular run through the heart of Brasília. Up to 10 km one-way, on paths though... more...

One of the largest urban parks in the world. Large open spaces, recreation facilities, a lake, an... more... 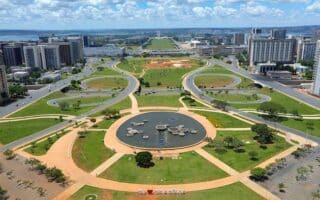 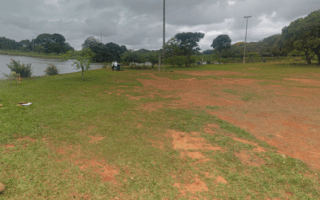 Iconic | Parks | Iconic Parks
One of the largest urban parks in the world. Large open spaces, recreation facilities, a lake, an amusement park, & more. Paved trails of 2, 4, & 6 miles. A loop around the main perimeter road is 9.3 km. Can add with nearby Eixo Monumental.
Explore

Hilly | Fantastic Neighborhoods
Some decent running in Brasília's residential districts. In Asa Norte, our route combines the University of Brasília, paths along leafy residential streets, and a loop around Parque Olhos D’Água. Can be combined with our Federal District route.
Explore 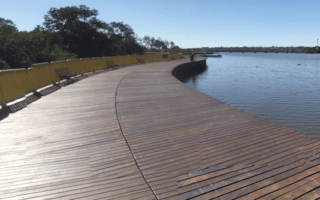 Along the Water | Multi-Use Trails | Parks | Fantastic Neighborhoods
Running highlights in this residential neighborhood south of the Federal District include walking/cycle paths around Parque Asa Sul and the waterfront Parque Deck Sul, and some pedestrian paths along some leafy residential streets.
Explore

Along the Water | Multi-Use Trails | Parks
The best bets for running on Lake Paranoá are Parque Deck Sul and Pontão do Lago Sul/Parque Ecológico Península Sul on the southern side of the lake, and Parque Vivencial II do Lago Norte on the northern side.
Explore 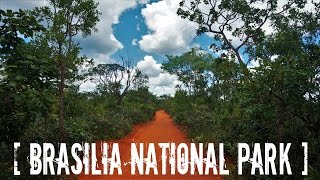 Trail Running
One of the largest parks in the world located in an urban area. In addition to its popular natural swimming pools, there are good trails for walking, running, and cycling. Best for running is the Crystal Water Trail, up to 15 km.
Explore

Iconic | Parks | Iconic Parks
One of the largest urban parks in the world. Large open spaces, recreation facilities, a lake, an amusement park, & more. Paved trails of 2, 4, & 6 miles. A loop around the main perimeter road is 9.3 km. Can add with nearby Eixo Monumental.
Explore

Brasília’s weather is generally sunny and warm, with consistent temperatures year-round. Daily high temperatures range from 25C-28C (79F-84F), with low temperatures ranging from 12C (54F) in ‘winter’ to 18C(64F) in summer. There are distinct wet and dry seasons, with most rain falling between October and March. Nearly no rain falls during the winter months.

Brasília is a major center of government and commerce, so there are plenty of places to stay. The largest concentration of centrally-located hotels are on either side of the Jardim Burle Marx in the Eixo, which provide excellent access to our Eixo Monumental and Parque Cidade routes.

The two best spots in Brasília for running gear are the Track and Field store, and several outlets of Centauro.

Brasília Half Marathon. November. The city’s signature annual running event.
Volta ao Lago. The route consists of taking a complete tour of Lake Paranoá, known as the heart of Brasília. The athletes cover about 100 km, divided in 14 stretches from 4 km to 10 km, with varied floors. You can run alone or in teams of two to eight members.