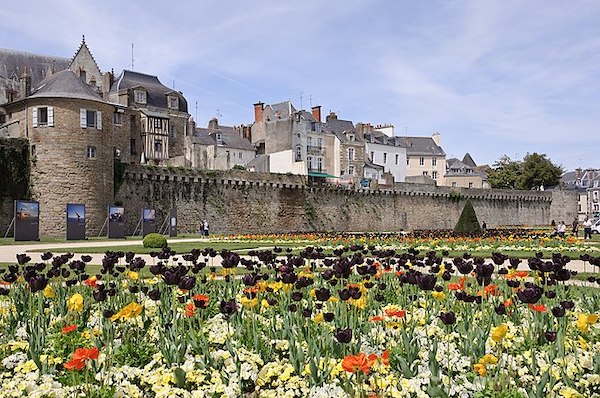 Start at the Cathédrale Saint-Pierre and do a jaunt around the paths of the Ramparts (fort) and the Parc de la Garenne across the street. The next 1.4 km is on the Quai Bernard Moitessier path along La Marle canal. Nice water views, and paths on either side. Continue south past the Calvaire de Kerino, and then on the All. Loïc Caradec along the marina for 2 km, which takes you to L’Île de Conleau, and 1 km of paths out into La Marle. Retrace your steps back.