No Thanks
Budapest, Hungary 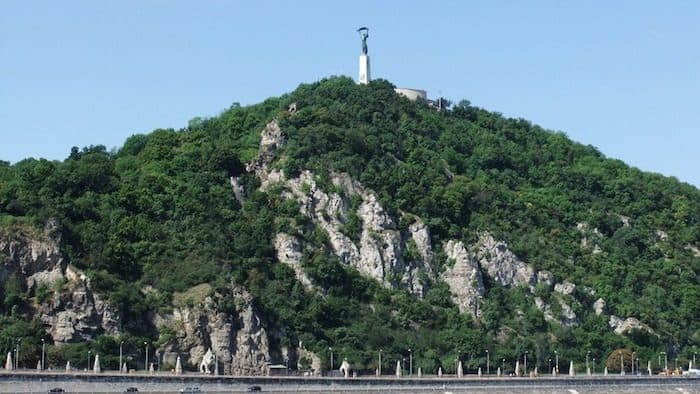 Popular tourist spot is also great for hill running. Gellért Hill rises from the Danube to a height of 235 meters. At the summit is the Citadella (fort), built after the suppression of the Hungarian Revolution in 1848, and Liberty Statue, a war memorial. The park also features the Pálosok, Sziklakápolna (place of worship) and the Gellert Cave, a Grotto chapel in a hillside cave network. Runners have numerous options. Smoother, more gradual paths, climbing about 350 feet over a mile, or steeper paths combining a series of stairs. One can also go up and over to the other side (the best option for a longer run on the Danube paths or over to Buda Castle), for a total distance of a little under 3k (~1.5 miles). There are great views from the summit. A good place to start is at the art deco thermal baths, now part of the Hotel Gellert complex.

One can also combine this route with the roads and paths around the Buda Castle, just to the north.  Several famous sites there: Budapest History Museum, National Library, Statue of Prince Eugene of Savoy, and Fountain of the Fishing Children. There are good signs on the southern side of Gellért Hill pointing to the Castle, and gradualpaths that make it runnable up to the castle.

A 'runseeing' tour of Budapest, following the route of the Telekom Vivicitta Half Marathon. Incorporates City Park,... more...