A comprehensive guide to the best places to run in Budapest 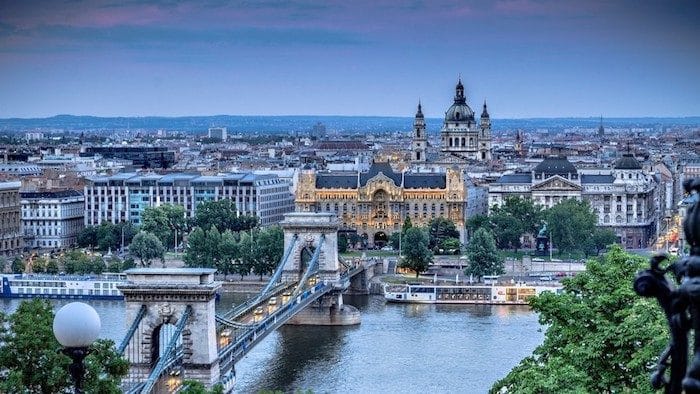 Budapest is the capital of Hungary and the country’s largest city, with a population of 3.3 million. It’s a popular travel destination, with wonderfully preserved architecture, great restaurants and bars, and a good transport infrastructure. Budapest is the combination of two formerly separate cities: Pest, on the east side of river, contains the Inner City and some of the more visited sites. Buda, on the west side of the river is hilly and semi-suburban, and has winding, narrow streets wending their way up into the hills. There are four bridges crossing the river in central Budapest, with the ‘Chain Bridge’ being the most iconic. There are great places for running in Budapest, and we note that it can be magical at night. Note: If you’d like to have a guided running experience in Budapest, we highly recommend our affiliate partner Go! Running Tours.

The best places to run in Budapest are all centrally located. The highlight is Margaret Island, a recreational mecca in the middle of the Danube with several km of trails, and a 5.3 km rubberized running track around the perimeter with great river and city views. There is also excellent running along the Danube, on both sides, although one should look carefully at our guide to learn the best sections. There are also some great parks for running: City Park (Varosliget), Bikás Park, and Orczy Park. And for some hills, head to Gellért Hill in Buda and run up to the Citudella (fort), or enjoy the more expansive Normafa park, a few km west of the city. For an iconic long run, one can incorporate Gellért Hill, the Buda Castle, Danube Path, and Margaret Island, all of which are in our Runseeing Tour.

There is excellent transportation in Budapest, consisting of a subway, plus trams, buses, and trains. All of our routes are accessible by public transport, and one really does not need a car if staying in the central area.

Some of our favorite runs in Budapest, Hungary

A 'runseeing' tour of Budapest, following the route of the Telekom Vivicitta Half Marathon. Incorporates City Park,... more... 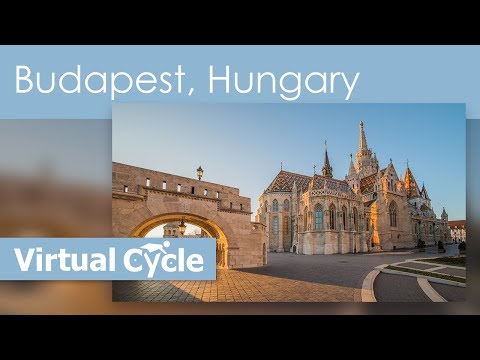 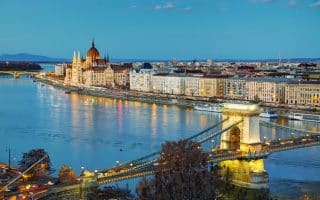 One of the running treats in Budapest, allowing for views, sites, and exercise while seeing important sites. There isn't a 100% seamless, dedicated waterside path on either the Pest or the Buda side, but there are some great sections. Video Excerpts!
Explore 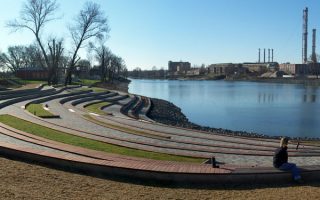 A new 10 acre park in south Buda, just south of the Rákóczi Bridge. Pleasant park for running, with paths and a 2000m (1.2 mile) running track. The park has restaurants, cafes, and other recreation. A nice add-on to a run along the Danube.
Explore 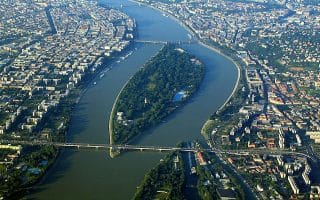 A recreation oasis on the Danube, this is is one of the most popular places to run in Budapest. The 5.3 km track circling the island is one of the largest running tracks in the world, with good water views. There are additional paths, plus gardens, pools, and cafes.
Explore 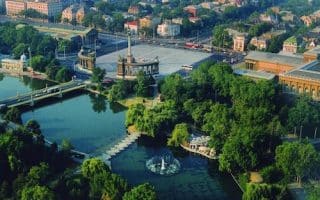 Relatively small but significant city park with museums, gardens, thermal baths, pool, and zoo. Several paths great for running. It's about 4km around the perimeter.
Explore 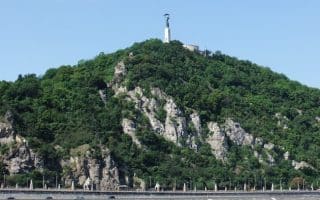 235 meter hill rising from the Danube, with a fort and great views from the summit. A great hill run opportunity, with numerous options: more gradual paths, steeper paths, and stairs! Thermal baths part of Hotel Gellert are a good place to start/end.
Explore 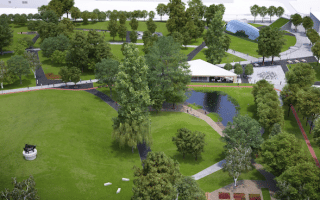 Small-ish park in South Buda, with paths, a curvy running track, a pond, and a good running hill with Kiss István titled “Monda” artwork at the top. It's about 1.2 km around the perimeter.
Explore 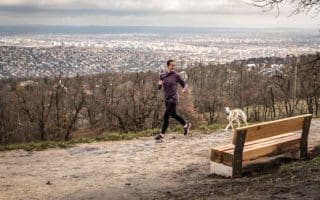 Large park 8km west of Budapest. Many km of trails, combination of paved and gravel, flat and hilly. Can get to a high point at 526 meters. Develop your own route, or enjoy the new 2km rubberized running track - hilly!
Explore

A recreation oasis on the Danube, this is is one of the most popular places to run in Budapest. The 5.3 km track circling the island is one of the largest running tracks in the world, with good water views. There are additional paths, plus gardens, pools, and cafes.
Explore

Budapest has a humid continental climate, with cold winters and warm summers. July high temps are near 80F (26C), with warm nights. It can be humid. Winters are cool to cold, with average January highs a bit above freezing (3C), but cold enough for skating and winter sports. You’ll need to be equipped for running in winter. There’s also quite a spread in the amount of sunshine between the seasons. Winters can be overcast and chilly, while summers are sunny and dry.

Budapest is a popular tourist city, and there is an excellent range of centrally located hotels. The fanciest and most plentiful selection of hotels are located in Pest, south of the Elizabeth Bridge and within a mile of the river. In Buda, there is also a growing selection of hotels. Try to stay within a mile of the river, and south of Margaret Island, for the best running. Or, close to a metro stop that can whisk you to or from a good running spot.

There are several running groups that visitors can connect with. WeLoveBudapsest listed 5 running clubs in a 2016 article.

Wizz Air Budapest Half Marathon. Second Sunday in September. The biggest half marathon in Central Europe.