No Thanks
Bursa, Turkey 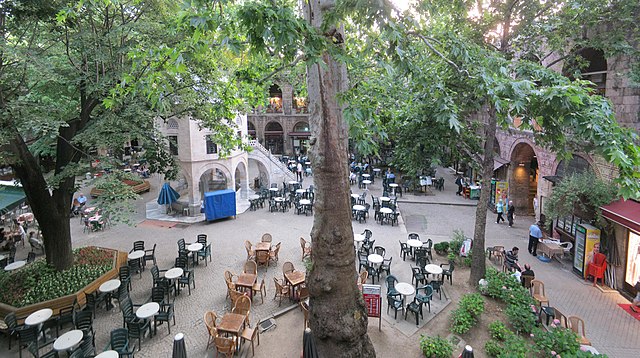 This is a ‘runseeing’ tour of the historic center of Bursa, which lies between the D200 and the Grand Mosque (Ulu Cami) north south, and east of the Tophane Clock Tower to Gökdere Blv. We’ve created an easy to follow route using the wider main streets, which can be used an as anchor to explore the narrower, maze-like streets of old town. Note this route is fairly hilly. And, best to go early to beat the crowds!

Start at the Şehreküstü subway station, and explore the area around Tophane Clock Tower and the Osman Gazi Türbesi (mausoleum). Then run west on the main road, Atatürk Caddesi, passing the Han Brass marketplace, Grand Mosque of Bursa, and the large Heykel plaza (equestrian statue of Atatürk), to the historic Setbaşı stone bridge, Turn LEFT and run along Gökdere Blv. for ~1 km, passing the historic Irgandı bridge, to the Panorama 1326 Bursa Fetih (futuristic dome with a 360-degree image depicting the 14th-century Ottoman conquest of the city). Then turn around and run through Kamberler Park, and then head west on Tuz Pazarı Cd., which will take you through the Koza Han silk market and the Kapalı Çarşı bazaar. Turn RIGHT on the colorful Ulucami Cd. to return to the start.

Longer Run: The main tour is ~5k. To make it longer, we suggest taking Altıparmak Cd. west for 1 km to join our Reşat Oyal Culture Park route, which is a 1.5 km dedicated path through a green space. This out and back adds up to 5 km. You can also hop on the subway at Kültürpark to avoid the 2.5 km return.