No Thanks
Canary Islands, Spain 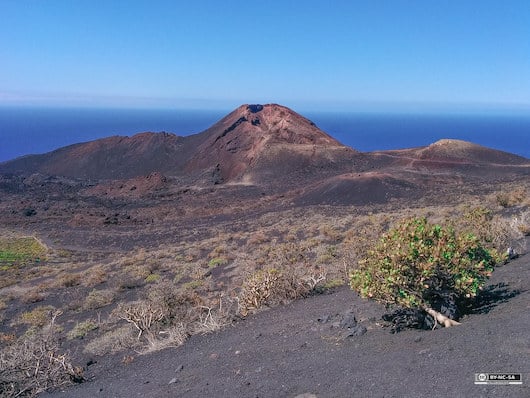 La Palma is a rugged, mountainous island best known for its picturesque volcano within Caldera de Taburiente National Park. The highlight of running is one of the numerous hiking trails within the park — though we note that it’s rugged, hilly running, with peaks rising to 2,000m. For several wonderful runs incorporating the volcano, we credit friend of Great Runs Keith Hauser.

Ruta de Los Volcanos. 14.5 km, 758m. This route follows the Ruta de los Volcanes (E7) hiking trail that winds along the peaks among a variety of volcanic cones and lava fields that popped up, one by one, forming the south end of the island. The route is normally well-marked, heading north-south almost the whole way. It’s a great combination of terrain, from rain-forests to wide-open volcanic lava-flows as you run in and out of clouds, stepping along the edge of craters, with viewing out to the Atlantic. INFO   ROUTE MAP

Barranco de las Angustia Trail Run. A 9 km out and back into the caldera — the biggest volcanic crater in the world. The route follows part of the LP 13 hiking trail. A challenging trail run. INFO ROUTE MAP

A compilation of some of the nicest waterfront running opportunities on Gran Canaria. Seafront promenades and bike... more...