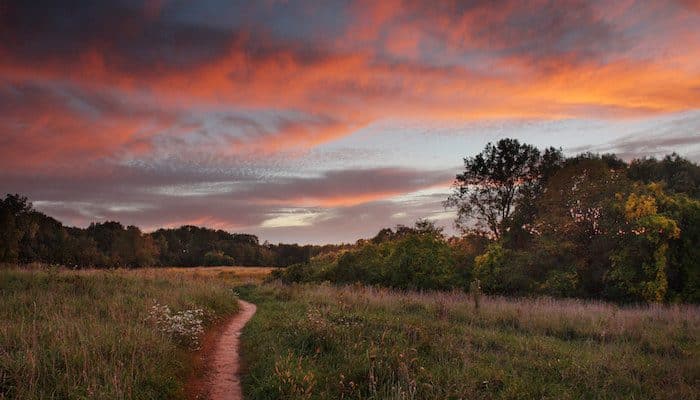 Forest Preserves aren’t the only natural spaces for running in Chicagoland. These other parks have great trail systems for escaping the city to run on dirt or sand.

Palos Trail System: Though technically a mountain bike link, runners also love this extensive trail system southwest of Chicago, near Palisades. The network has a trail for everyone from seasoned veterans to new trail runners. Loops range anywhere from 1.3 to 9.2 miles, with opportunities to tack on mileage on the Cal-Sag, I&M, and Centennial multi-use paths. MAP Indiana Dunes State Park: Don’t be fooled by this route’s location in Indiana — public transportation makes it accessible from Chicago in less than an hour. The trip is well worth it for stunning views of Lake Michigan. Running along the loose sand of the dunes is tough, but sand conditions are great for running along the beach and there are miles of paths through the forest behind the dunes. Trail 10 (5.5 miles) is the best of both worlds. MAP

Knoch Knolls Nature Preserve: This popular park in Naperville has about 5.5 miles of trails on its scenic grounds, which also include a disc golf course, picnic area, playing fields, and boat launch. The main paths are either dirt or mowed grass, but runners can also connect to the DuPage River Path for more mileage. MAP