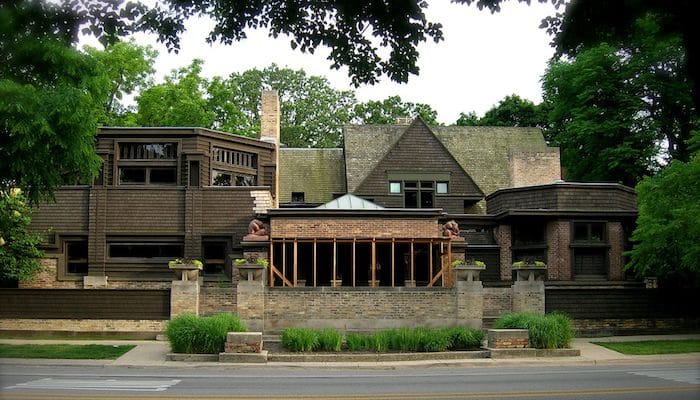 Chicago has an abundance of beautiful residential neighborhoods. Explore the gorgeous homes, pristine sidewalks, and distinct character of Chicago’s top places to live. Here are some of our must-run destinations:

Oak Park: For a residential run just west of Chicago, Oak Park offers some safe, pleasant streets where one can exercise with minimal interruption from traffic. The streets are more or less a grid, so you can manufacture a run of any length. One good bet is Chicago Ave., where you can enjoy the nice homes, including the Frank Lloyd Wright Home and Studio. Fort Sheridan: A gorgeous residential neighborhood spread between Lake Forest, Highwood, and Highland Park, Fort Sheridan offers multiple opportunities to explore this part of the Lake Michigan Coast. Most runners use the Robert McClory Bike Path, which is really just a wide sidewalk along the shops and restaurants of Sheridan Road. One can also run north on Sheridan Road to the trails of Moraine Park — this rolling reserve is the best bet for hill work in otherwise flat Chicago. Moraine Park MAP Clarendon Hills: This suburb west of the city ranks consistently high on lists of the best places to live in Chicago. It’s no wonder, with its pretty homes and curling networks of well-kempt sidewalks. Create a run of any length on the close-set streets here. One good option is a “Figure 8” around the center of town, using Burlington Ave., Chicago Ave., and Norfolk Ave. to the north, and Park Ave,. South Prospect, and Harris Ave. to the south.

Buffalo Grove: Another desirable neighborhood northwest of Chicago, Buffalo Grove is known for a large Fine Arts Festival and many fine homes with the wide lawns and concrete sidewalks typical of suburban Chicago. For a tour of the area, we recommend circling some of the loopy streets of the Parks District, or a circle around Lake Arlington.

Riverside. Located in Cook County 9 miles west of Chicago and near Midway Airport, Riverside is a neighborhood designed by Frederick Law Olmsted in the 1870s. It is among the first planned communities in the United States, known for its curvilinear streets, following the land’s contours and the winding Des Plaines River, central village square, and a Grand Park system that uses several large parks as a foundation, with 41 smaller triangular parks and plazas located at intersections throughout town to provide for additional green spaces. (Wikipedia). These are lovely streets for running, with set back homes ranging from 1920s bungalones to larger Victorian mansions. This ‘architectural museum’ and National Historical Landmark is bounded by 26th Street, Harlem and Ogden avenues, the Des Plaines River, and Golf Rd.