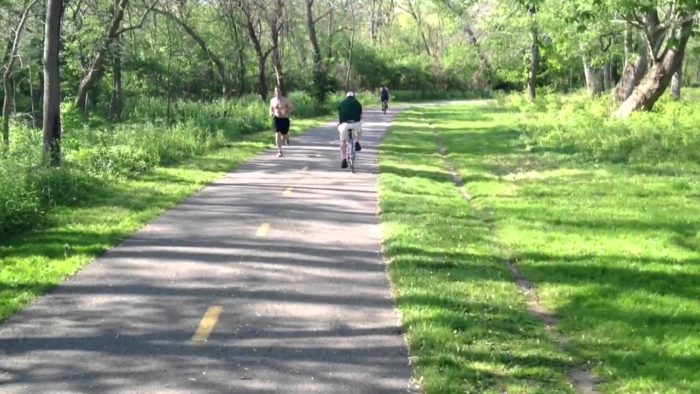 Known as the most popular bike path in all of Ohio, the Olentangy Trail is located just west of North Bank in downtown Columbus and heads 13 miles north.  It passes by Ohio State University, and winds through many neighborhoods along the Olentangy River. There are trailheads at several major city parks, notably Whetstone Park of Roses and Antrim Park. There are mile markers every mile.

The southern trail map starts downtown near North Bank Park, and the northern section starts near the Whetstone Park of Roses. We’ve also separately mapped a 3.7 mile one-way section at the northern end, which is sort of a linear park.

A very popular route among runners in Columbus. The trail runs east-west along the Scioto River, serving... more...