No Thanks
Dayton, OH

In addition to its many bike paths and parks, Dayton has some attractive residential neighborhoods for running. Here are our recommendations: 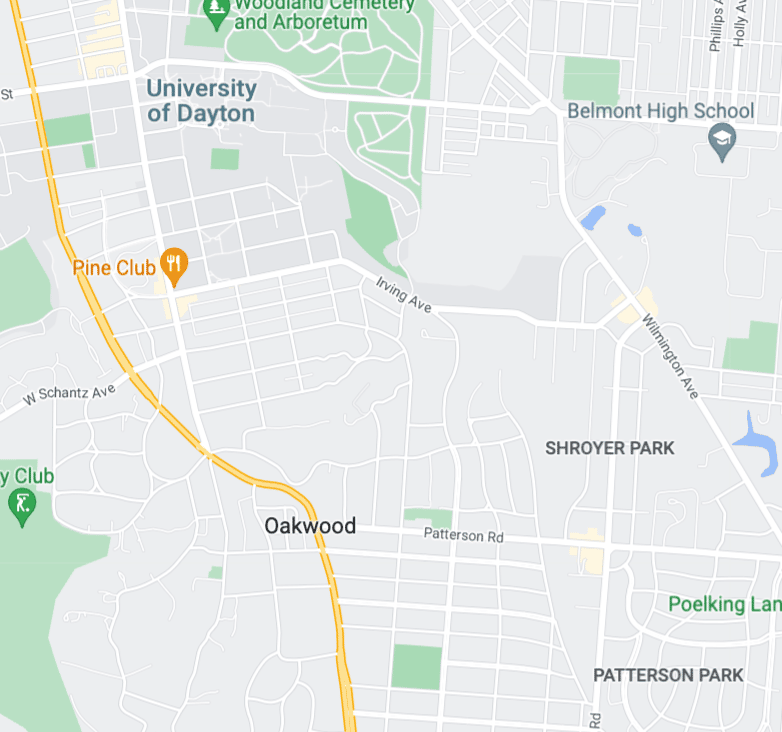 Oakwood/Shroyer Park/Patterson Park. This is hands down the nicest set of neighborhoods for running in Dayton. Lovely, set-back homes, tree-shaded streets, sidewalks. Generally the area between the University of Dayon and Dorothy Ln. north-south and between Hills and Dales MetroPark and Shroyer Rd. Oakwood, west of Far Hills Ave. (Rt. 49) is windier and more tree-shaded, while the many of the streets in Patterson Park, east of Far Hills Ave. are on more of a grid system, with nice grassy medians.  There’s a good running track at Mack Hummon Stadium at the Oakwood High School.

University Row & Five Oaks. Just northwest of downtown, the streets around the University Row, Princeton Heights, and Five Oaks are decent for running. Nice, quiet, tree-lined roads with sidewalks. Basically between Salem Ave. and Riverview Ave. east-west and from the river north to W Hillcrest Ave. See the map, below.

One of our favorite runs in central Dayton. The paved multi-use path runs right along the Mad... more...