The best places to run in the Dayton area. See also our running guides for nearby Cincinnati & Columbus 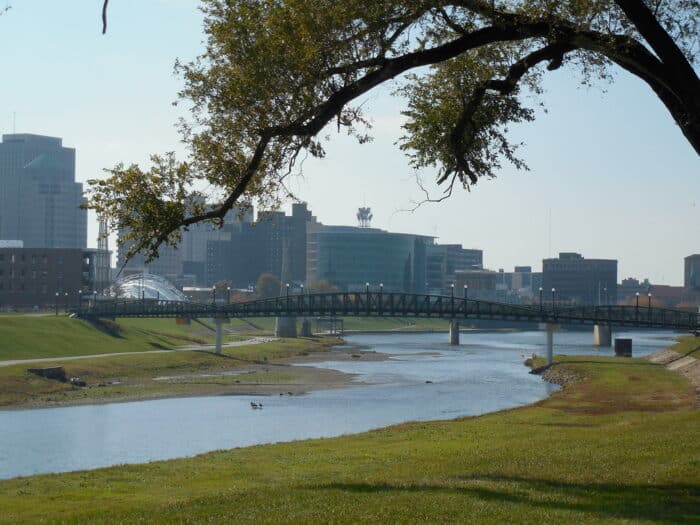 Dayton is the fourth largest city in Ohio, lying at the confluence of the Mad, Miami, and Stillwater rivers. It’s a major center for manufacturing infrastructure, with a fast-rising employment base.  The scene for running in Dayton is a pleasant surprise: there are 390 miles of bikeways in the area (Regional map), and a large collection of parks, showcased by the Five Rivers MetroParks. These combine for a nice combination of waterfront running, fields & woods in the parks, and some ways to experience the prairie.

The best places to run in Dayton center around the paved multi-use paths along the Mad River, Miami River, and Stillwater River, which feature nice water views and connect to numerous parks. All are accessible from downtown and can be combined in different ways. Cox Arboretum MetroPark and Carriage Hill MetroPark are two particularly good parks for running. In the southern part of Dayton, we’ve put together a three park 10k. There are also some wonderful residential neighborhoods in Dayton for running, notably around Oakwood. Trail runners will love Charleston Falls Preserve and John Bryan State Park.

There’s a bus and trolleybus system in Dayton for getting around, though a car is needed when outside the city. Runners should also be aware that winters can be cold and summers hot and humid.

Some of our favorite runs in Dayton, OH

One of our favorite runs in central Dayton. The paved multi-use path runs right along the Mad... more... 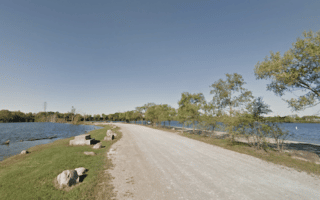 One of our favorite runs in central Dayton. The paved multi-use path runs right along the Mad River from downtown east to Eastwood MetroPark. Up to 4.3 miles one-way. The trails around Eastwood Park are especially nice. Good add-on options.
Explore 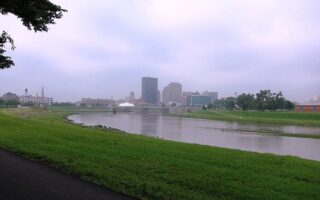 A paved multi-use path that runs for many miles north and south of Dayton along the Miami River. A couple of nice sections are 3 miles north to Triangle Park and south to Carillon Historical Park (3.5 miles) and East River Landing (6.7 miles).
Explore 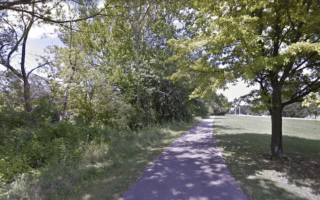 Two sections of this paved multi-use path along the Stillwater River, and nice parks. Southern section is Triangle Park to Wegerzyn Gardens. North section is around Englewood MetroPark. Additional paths in the parks.
Explore 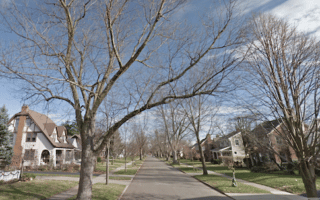 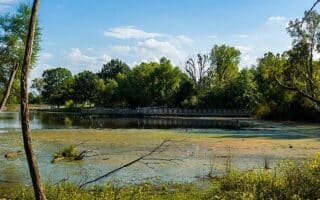 This 900-acre park on a former farm is a worth-it destination run. Several miles of trails around woods, wetlands, and prairie. Best bet for running is the 3.4 mile Orange Trail. Try to run here in mid- to late summer, when the prairie whispers are at fullest bloom!
Explore 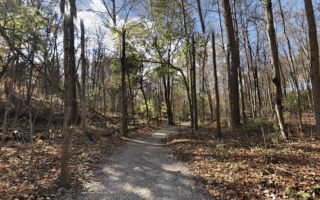 This preserve located 15 miles north of Dayton is popula for its 37' waterfall. There are 3.7 miles of nice trails for running around forest and prairie. For a longer run, Connect to the Great Miami River Trail, 1 mile west, and head south toward Taylorsville Park.
Explore 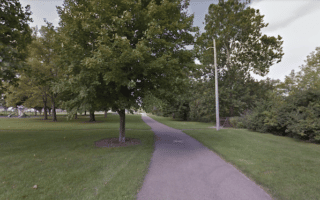 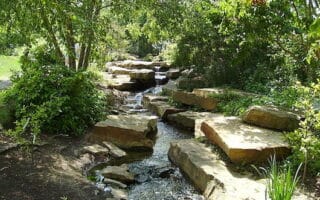 Cox Arboretum MetroPark is a lovely spot for a run south of Dayton. This 174-acre park features a nice collection of trees, shrubs, specialty gardens, mature forests and prairies. There are 3-4 miles of trails in the park.
Explore 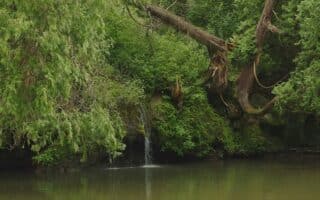 A great spot for some trail running, with the added feature of great views into a limestone gorge. Several miles of mainly wooded trails, following the Little Miami River west to east. Trails range from easy to moderate.
Explore

One of our favorite runs in central Dayton. The paved multi-use path runs right along the Mad River from downtown east to Eastwood MetroPark. Up to 4.3 miles one-way. The trails around Eastwood Park are especially nice. Good add-on options.
Explore

Dayton has warm, humid summers and chilly winters. Summer temps typically reach the mid-80s (28C), with warm nights. In winter, daytime temperatures average just above freezing (37F, 3C) and nights dip to around 22F (-6C). Precipitation is fairly well spread throughout the year, with summer rain more in the form of thunderstorms. About 25 inches of snow falls annually.

If you stay in one of the hotels downtown/convention center area, you’ll be able to easily access the multitude of river paths. Try to stay near the river paths or one of the signature parks.

There are two great indy running stores in the Dayton area: Runners Plus, with two locations, & Up and Running.

Runners Plus:  Pub run first Wednesday of each month.