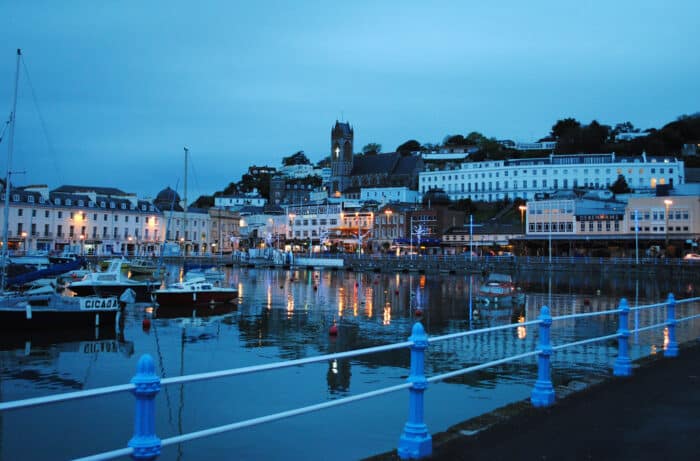 There’s some terrific running in Torquay, a seaside resort town on the English Channel known for its beaches and nicknamed the English Riviera. We’ve put together a route highlighting the series of boardwalks around the marina, a couple of parks in central Torquay, and then the waterfront promenade paths south to Paigngton. Fun option: can run one-way and take the train between Torquay, Paignton, Goodrington.

Starting in central Torquay at the Information Center, the first 1.5 miles are a jaunt south on the waterfront path to the Ferry dock and a gorgeous loop around the wooden boardwalks of the marina and Princess Gardens. Then, take the watefront path south toward Paignton (option: 0.5 mile diversion around Abbey Park & King’s Gardens). There are nice water views on a mainly dedicated waterfront path, which is ~3.5 miles between Torquay and South Sands/Goodrington Beach, just south of Paignton. (Note: there’s an 0.7 mile on-road section away from the water between Cliff Rd., just south of Livermead Sands Beach, and Hollicombe Beach).  In Paington, the route includes a nice loop around Fairy Cove & Roundham Head.