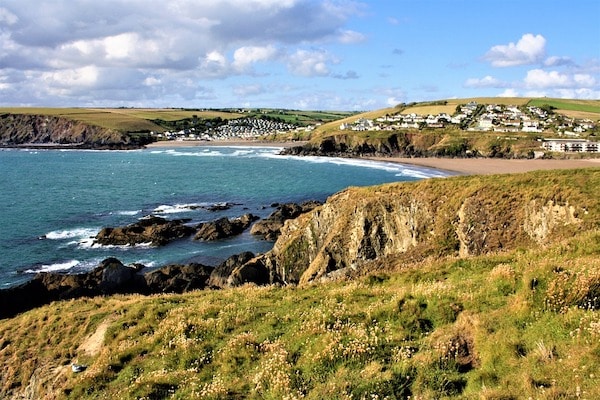 This is a guide to running in Devon, a county in South West England. The coverage includes waterfront promenades, clifftop trails, and beaches in south-coast harbour towns from Sidmouth to Dartmouth, including the ‘English Riviera’, towns on the River Exe, and some spots in North Devon.

Some of the best places to run in Devon are waterfront promenade paths in the Sidmouth, Exmouth, Dartmouth, Torquay, Paignton, and Brixham. There are lovely paths along the River Exe between Exeter and Topsham. There’s also some excellent running in Plymouth, Devon’s largest city, including Mt. Edcumbe, reachable via 7-minute ferry, In North Devon, enjoy running on cycle paths around Barnstable, plus some great beaches for running in Westward Ho and Saunton Sands. Several of our routes incorporate a section of spectacular South West Coast path — there’s a range of options from easy paved paths to challenging trail running. Runners should also experience some some of the heaths, moors, farmland, and woodland of interior Devon in the South Devon Area Of Outstanding Natural Beauty and Dartmoor National Park.

The main towns in South Devon are wonderfully connected by train. In fact, there are some fun options for one-way coastal runs using the train to return. Runners should be aware that Devon weather can be damp, cool, and windy. Many of the coastal paths are exposed – which can affect trail surface conditions.

This is our guide to running in Cornwall, a rugged peninsula on England's southwestern tip. Our focus... more...

This is a guide to running in Dorset, a county in South West England on the English... more... 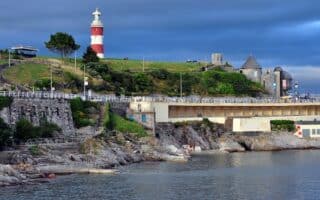 Along the Water | Parks | Runseeing
A 'runseeing' tour of Plymouth, featuring the main sites of Devon's largest city. Includes the Greenery, Hoe Park, the marina area, Mayflower Steps, and the Barbican district. Can be combined with our west Plymouth route for a longer run.
Explore 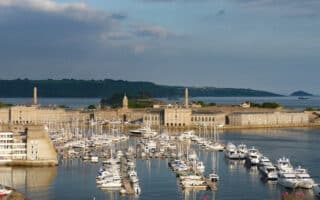 Along the Water | Parks
An exploration of the Devonport area in west Plymouth, including Royal William Yard, Mayflower Marina, Mount Wise Park, and Devonport Park. There's also a running track. Can combine with our main Plymouth route, ~1 mile east.
Explore 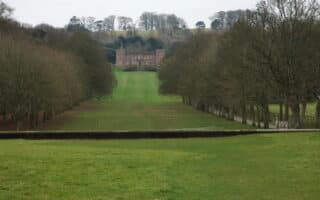 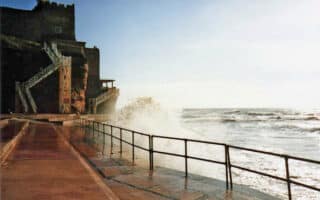 Sidmouth Waterfront and The Byes

Along the Water | Great Views | Hilly | Parks | Seaside Promenades
Sidmouth is a tourist resort and a gateway to the Jurassic Coast World Heritage Site. The best place to run is a route combining the Esplanade to Peak Hill, and then a jaunt along The Byes, a lovely park leading to Margaret's Meadow.
Explore 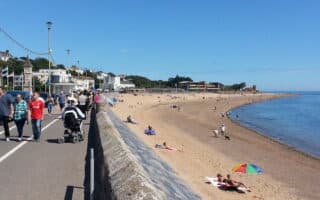 Along the Water | By the Beach | Multi-Use Trails | Rails-to-Trails | Seaside Promenades
Two good running options in this port town at the mouth of the River Exe: a 3.7-mile waterfront path around the Marina and along the Channel east to Orcombe Point; and a 3.5-mile off-road cycle path headed east to Budleigh.
Explore 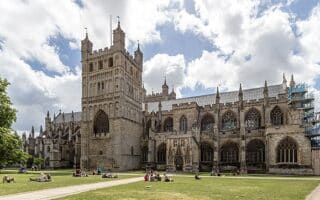 Along the Water | Historic / Tourist | Estates and Castles | Runseeing
This 'runseeing' tour of ancient Roman city of Exeter hits all the major sites: Fore St., Cathedral, Castle, several small parks, and a section of paths on the River Exe. For longer, there are additional paths along the river headed south toward Topsham.
Explore 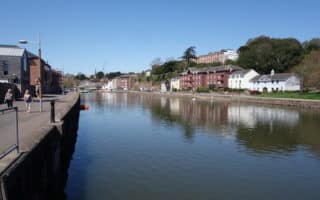 Along the Water | Classic River Paths
There are some pleasant paths along the River Exe, which flows south into the English Channel. One can run up to 8.2 miles, including 2.5 miles along the Exeter Ship Canal in Topsham. Fun option: do the longer run one-way and return via train!
Explore 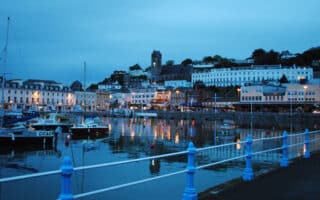 Along the Water | Parks | Seaside Promenades
In this seaside resort town nicknamed The English Riviera, there's terrific running around the marina, a couple of small central parks, and the 5+ mile waterfront path south to Paigngton and more.
Explore

Along the Water | Parks | Seaside Promenades
There's some terrific running in this seaside town on the 'English Riviera', featuring several small parks and a lovely a lovely waterfront path that goes for ~6 miles between Goodrington Beach, just south of Paington north to Torquay.
Explore 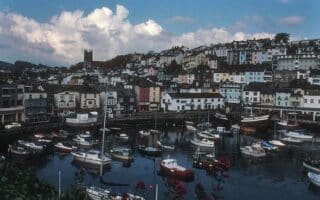 Along the Water | Great Views
The best place to run in Brixham is a series of paths along the water. From town, head north to the Brixham Battery or south toward Berry Head, where there are some great views at the Lighthouse. Additional options on the S W coast path.
Explore 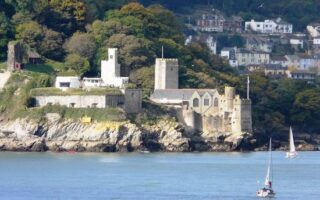 Along the Water | Great Views | 'Unique' Runs | Estates and Castles
In Dartmouth, some waterfront running on both sides of the estuary, including optional climb to Dartmnouth Castle. The National Trust Greenway is a destination run, with gorgeous paths around the grounds of Agatha Christie's summer home.
Explore 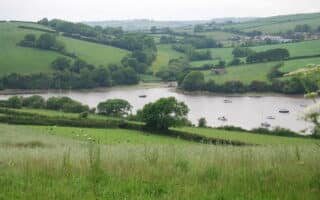 Great Views | Trail Running | Routes With Videos
The South Devon AONB is a vast natural area including rugged coastal stretches, farmland & quaint villages. See some of our running recs from among the 200 miles of right of way and 60 miles of Coast Path. There's an excellent website & interactive map.
Explore 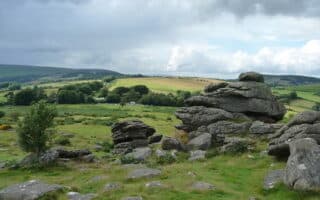 The Moors of Dartmoor National Park & Other Running Options

Great Views | Trail Running | 'Unique' Runs | Rails-to-Trails
Running the 'moors' of Dartmoor National Park, especially on a classically bleak day, is a singular running experience. Choosing from among the list of walks, or some of the bridleways and byways recommended for cycling, are great options for running.
Explore 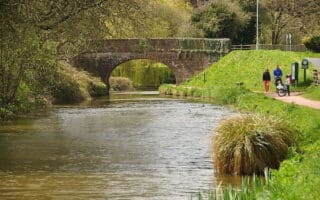 Along the Water | Multi-Use Trails
The 11.25 mile canal towpath in Grand Western Canal Country Park is a great running option in Tiverton -- the main commercial and administrative centre of Mid Devon. Flat, easy, and all off-road. Additional running options using the 'walks' in the Park.
Explore 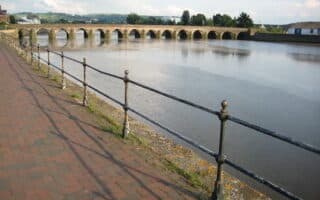 Devon has a cool, oceanic climate, but the weather across the county can vary widly. Summers are mild, with daytime highs in the 70F (21C) range, and nights cool enough to always warrant a layer. Winters are damp and mild, with high temperatures averaging 46F (8C) and lows well above freezing (39F). Rainfall and sunshine vary widely: Dartmoor is rainiest (79 inches annually) and cloudiest, while the southeast coast is sunniest and only experiences 30 inches of annual rainfall.