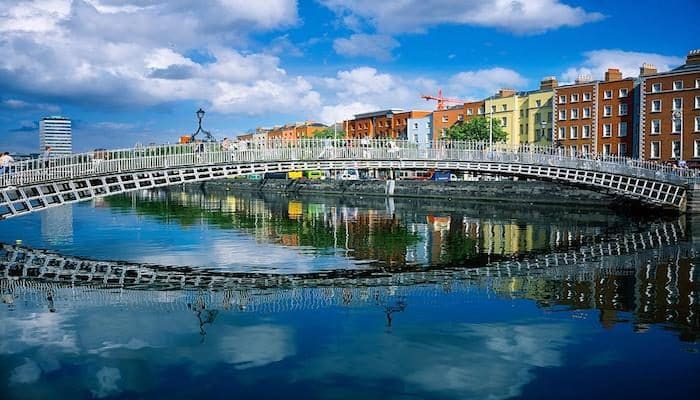 This route runs from Dublin’s Docklands to Phoenix Park. It’s an even 2-mile shot. A good place to start in the eastern part of Dublin is at the Sean O’Casey Bridge. Head west along the pedestrian path. From the convention center, landmarks heading west includeFamine Memorial, Ha’penny Bridge, Parliament, Temple Bar, National Museum, and the Court of Justice. It’s easy to hop off the path and see some of the sites to the north (North of the Liffey is the dazzling Customs House and part-stately, part-seedy O’Connell Street) and south (St. Stephen’s Green, Parliament, Trinity College).