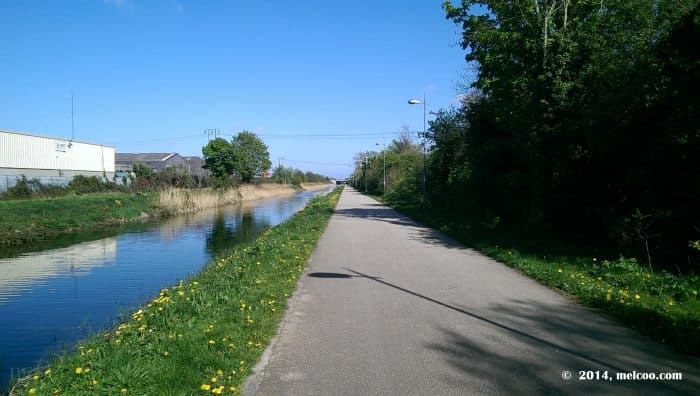 The Royal Canal Way is a 144-kilometre (89-mile) long-distance trail that follows the towpath of the canal from Ashtown, Dublin to Cloondara, County Longford. The National Waymarked Trail began construction to connect Ireland’s capital city, Dublin, with the upper River Shannon in 1790, was completed in 1817, and was officially closed to all navigation in 1961 . It operated in competition with the Grand Canal which ran an almost parallel route never more than 30 km to the south. The canal has been restored in recent decades. The surface is a combination of towpaths, gravel and sometimes pavement along the road. It is relatively easy to walk some sections and return to your starting point by public transport.

We’ve mapped out a 7-mile one-way run from Ashtown to Lexlip.