No Thanks
Düsseldorf, Germany 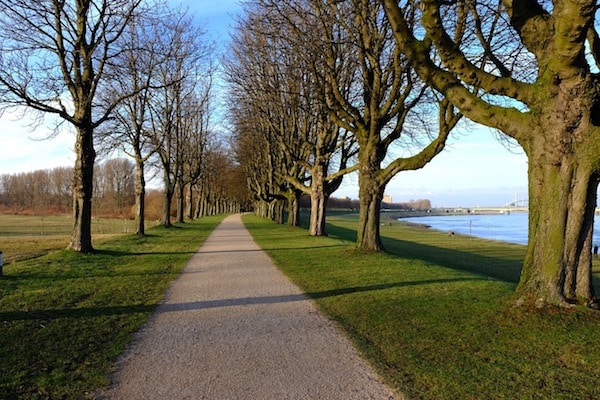 This city on the western part of the Rhine across from Düsseldorf, known for its Roman ruins, has some decent running options. We recommend the paths in the Rheinpark along the Rhine, off the Rheinallee. It’s 3.3 km (2 miles) between the southern end at the Yacht Club/Erftmündung and the Ölgangsinsel nature preserve to the north.

There are also trails around just west of there around the Galopprennbahn Neuss sports complex, and around the Stadtgarten park just south of the Clemens Sels Museum.

A wonderful tour of Düsseldorf's centrally located, iconic parks. Hofgarten is the oldest park in the city,... more...

Classic European river run with paths on both the east and west sides, with bridges that allow... more...