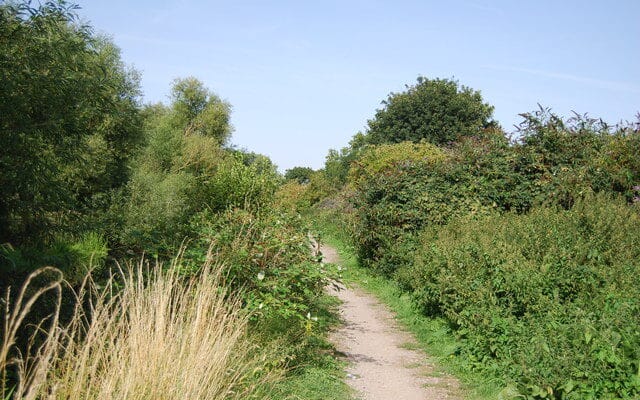 Our running guide to the East London suburbs includes Hackney, Newham, Waltham Forest, and Redbridge, and southeast of the city in Greenwich and Bexle.

Olympic Park/Victoria Park: This is one of London’s running highlights, and allows for a good exploration of the city’s eastern end. There are three “sites” incorporated on this route: pathways along the several canals; a jaunt by the area built for the 2012 summer Olympics, and a run into gorgeous Victoria Park. Start at the Mile End tube station, which is 1 mile south of Victoria Park. Head north to the Park, then ~1 mile through the Park to Olympic Park, where you can take a quick detour to view the sites. Then head south along the River Lea, for ~2 miles, east along the Limestone Cut path for a mile, and north along the Regents Canal and greenway back to the start. Olympic Park Route MAP.

Wanstead Park: Wanstead Park is a favorite of local running clubs and home to a free Saturday 5k Parkrun. Visitors can take a running tour of the area at any time, starting from the Wanstead High School area. Run south on gravel trails along the River Rodding, then west along Heronry Pond, and north toward Snaresbrook. Our 10 km loop follows a common training route of the East London Runners. Wanstead Park Route MAP.

Greenwich Park & Blackheath: Run across the Meridian Line at Greenwich Park! The Royal Observatory in Greenwich Park has a great exhibit about the the history of the Meridian Line, and there’s a spot where you can step between the Eastern and Western hemispheres — tick that one off the ‘ol runners’ bucket list! Greenwich Park is a large, lovely park with criss-crossing paths, large meadows, and paths through a free botanical garden. A hill leads to the Royal Observatory. There are also some additional paths just south of the park in Blackheath, just across Charlton Way. Continue along the Thames for more mileage. Blackheath Route MAP.

Cray Riverway: A pretty, long distance path stretching from Erith to Bexley Station, this 16 km (one-way) Cray Riverway is a flat gravel route through some of the best marsh scenery around London. Runners can follow  the route as an out and back or take the train one way. Cray Riverway Route MAP. Route INFO and Detailed Directions.