The Best Places to Run in the London Suburbs. See Our Companion Guide to Central London 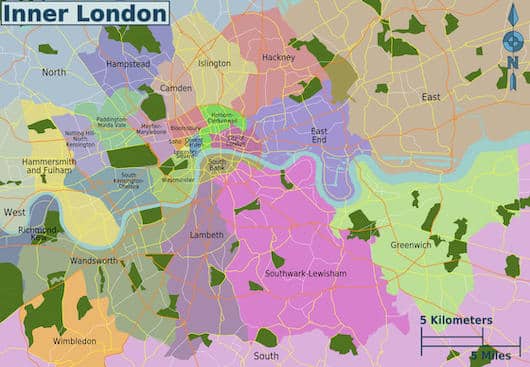 This is a companion to our comprehensive guide to Running in London center. Greater London covers a huge area, with some wonderful areas for running in the city’s extensive suburbs. Here, we focus on the best spots for running in areas that are outside the immediate city, but within the M25 loop — divided into sections North, South, East, and West of central London. The focus is on the signature parks and off-road paths.

Our northern routes include Camden, Islington, Hackney, Haringey, Barnet, and Enfield. To the south, the area includes Lambeth, Southwark, and Lewisham. We also have routes northwest of the city in Harrow, Ealing, Hillingdon, and Brent, southwest of the city in Hounslow and Richmond, northeast of the city in Hackney, Newham, Waltham Forest, and Redbridge, and southeast of the city in Greenwich and Bexley. Also some good running spots near Heathrow and Gatwick airports. We’ve also included several routes in Windsor, which is just west of the M25. Not sure where you fall on the map? This handy map of the London Boroughs from LondonMap360 may help. And see our Running Overview map for route locations.

Some of our favorite runs in London, UK (Suburbs) 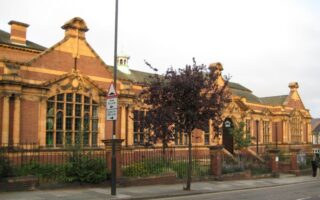 These routes in the southern London suburbs include the boroughs of Lambeth, Southwark, and Lewisham.
Explore 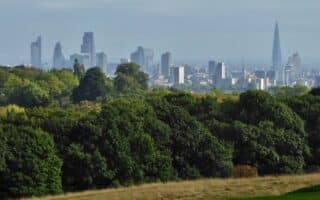 The best routes in the northern suburbs of London can be found in Camden, Islington, Hackney, Haringey, Barnet, and Enfield.
Explore 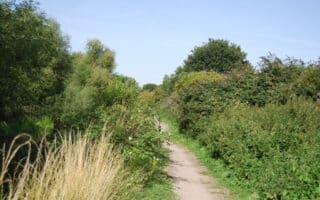 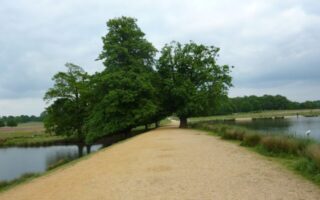 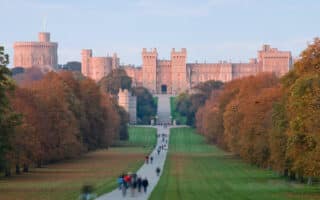 Just west of the M25, this is a popular visitor destination. We love running the Long Walk and Windsor Great Park, paths along the Thames River and Jubilee River, Dorney Lake, and the historic, bucolic campus of Eton College.
Explore

London is huge and there’s a vast selection of hotels. The central part of London is bound by the A320 to the west (Chelsea, Kensington), the A100/Tower Bridge to the east, the A501 to the north, and the Thames to the south. My recommendation is to stay close to one of the four major parks, perhaps using Hyde Park as an anchor. The poshest hotels are in Mayfair, just east of Hyde Park. South of Hyde Park (Knightsbridge, Chelsea, Kensington) is a little more residential, with good access to the Thames. There are good and slightly more affordable options north of Hyde Park in the Bayswater & Paddington areas, and even more so just north of there, in Camden & Hampstead (grear running in Hampstead Heath). Business travelers might end up at an office/hotel/conference in the Docklands/Canary Wharf area in the southeast part of the city, has been developed over the past 20 years. There are some good waterside running options there but it’s a light rail ride away from central London.

There are a number of running stores in central London, as well as Canary Wharf/Docklands, and up north in Camden/Hampstead. Runners Need is the largest chain, with 10+ locations in the area.

MAP of locations for all the major running stores. The Green icons are the Runners Need locations. Click on the icons for address, & directions.

Group Runs. The starred icons on the map are stores with group runs. Click on the icon for more info. The Runners Need stores in the Docklands and Canary Wharf have lunchtime group runs!

Runners Guide to London has a great list of the major races. CALENDAR

London Marathon. Late April. One of the ‘biggies’ alongside Boston, New York, Chicago, and Berlin. Hard to get into. 38k runners.

Bath Half. One of England’s most popular halfs.

Parkrun. Apparently there’s a worldwide movement to do 5k park runs on Saturday morning. Great way to start a weekend — there are 35 each Saturday in London! so there’s bound to be one near you!