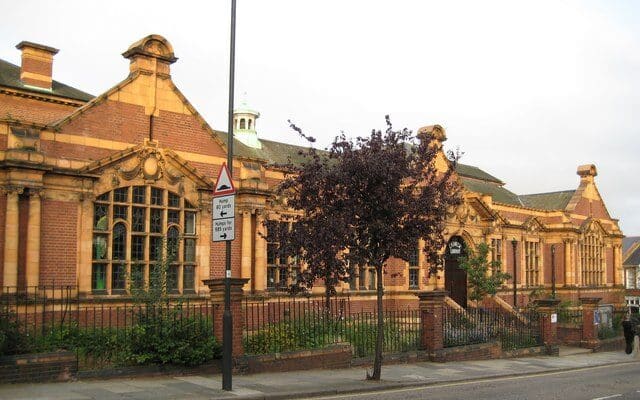 Our routes in the south London suburbs cover the area includes Lambeth, Southwark, and Lewisham, and mainly focus on the wonderful parks and ‘commons’ that are great for running! For a running excursion, head to Surry Hills or the High Weald.

Battersea Park: A popular destination along the River Thames paths, Battersea Park has a perimeter circuit of about 3.5 km and lots of interior paths around ponds, gardens, and green lawns. For a longer run, can combine with adjacent paths along the Thames and Clapham Common just to the south (below).  Battersea Park Route MAP.

Dulwich Park. A lovely park in the village of Dulwich, ~1 mile east of Brockwell Park. Nice lawns, fields, a small lake, and a cafe. A loop of the outer perimeter is 1.5 miles. Can combine with Brockwell Park — use Burbage Rd. Do a group run with the Dulwich Runners!  ROUTE MAP

Crystal Palace Park: Located about 30 minutes south of London, Crystal Palace Park is a center of activity, from playgrounds and mazes to museums and concert halls. The flat gravel paths surrounding the park are ideal for running. A loop around the perimeter is about 4 km – good for a single circuit or a couple of laps. Crystal Palace Park Route MAP.

Surrey Hills: A 163 sq. mile designated “Area of Natural Beauty”, dotted by hills, fields, vineyards, and quiet roads. There are some wonderful opportunities for running in this beautiful countryside area, including hundreds of miles of trails. There are about 10 designated ‘walking routes’, several of which are perfect surface/terrain/distance for running. It’s about 20 miles west of Gatwick Airport. Surrey Hills INFO.

The High Weald: This “Area of Natural Beauty” is about 15 miles south of Gatwick. A medieval landscape of wooded, rolling hills studded with sandstone outcrops; small, irregular-shaped fields; scattered farmsteads; and ancient routeways. This is a vacation destination in itself. Some 1,500 miles of footpaths, bridleways and byways. High Weald INFO.

Brighton is a historic and popular seaside resort on the coast of England, located 47 miles south... more...

This is a companion to our comprehensive guide to Running in London center. Greater London covers a... more...