No Thanks
England: Southeast Coast 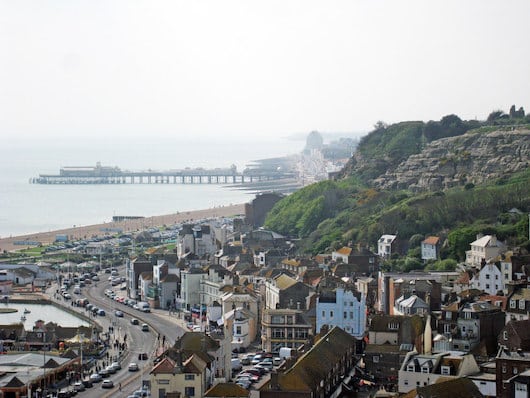 This is another scenic series of waterfront paths along the Channel Coast. A seafront promenade path runs nearly continuously for nearly 6 miles between Bexhill and Hastings Old Town. Most of the path is wide and paved, though there are a couple of narrower gravel sections around St. Leonards.

At the west end, the path starts in Bexhill on W Parade, and continues east, turning into De La War Parade. The eastern end is at Hastings Old Town. There are great Channel views the whole way, and several beaches. The beaches in this area tend to be pebbly and not great for running. Note: there are train stations all along the way, quite close to the coast path. One could run one way and take the train back!

Scenic waterfront and clifftop running in Seaford, located 12 miles east of Brighton. 1.5 miles of a... more...

Brighton is a historic and popular seaside resort on the coast of England, located 47 miles south... more...