No Thanks
Fargo, ND 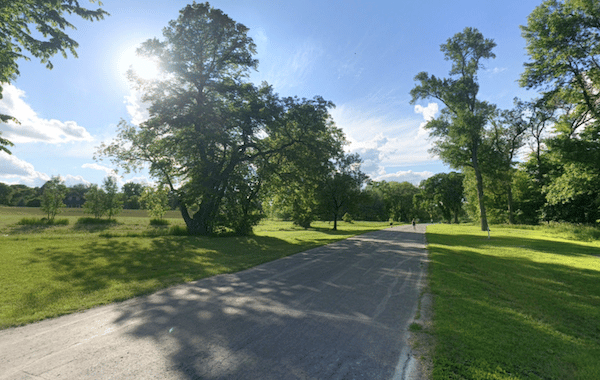 The numerous paths along the Red River form the heart of running in Fargo. There are numerous options, on both sides of the river — referred to as the Fargo (west) side and the Moorhead, MN (east) side. For the longest and most continuous run, we combined the Lindenwood Bike Path and the Fargo Mickeleson/Tricon Bike Path. Combined, the paved multi-use paths run for 5.5 miles from Lindenwood Park to the El Zagal Par 3 Golf Course at 15th St.

The south end starts at Lindenwood Park, where there are restrooms and other facilities. The path heads for 3 miles north toward downtown. North of downtown, you can continue onto the Fargo Mickeleson/Tricon Bike Path for another 2.5 miles. The path turns inland for a bit, going through Wildflower Grove Park, then ending just north of Trefoil Park.

Add-Ons/Spurs: Near the start at Lindenwood Park, there’s a good spur over to Gooseberry Mound Park, ~1 mile out and back. Near downtown, you can cross over to the east (Moorhead) side of the river to run on the Moorhead Viking Shipyard Bike Trail/Riverfront Park.

On the east side of the Red River in Moorhead, our top pick is to combine the... more...