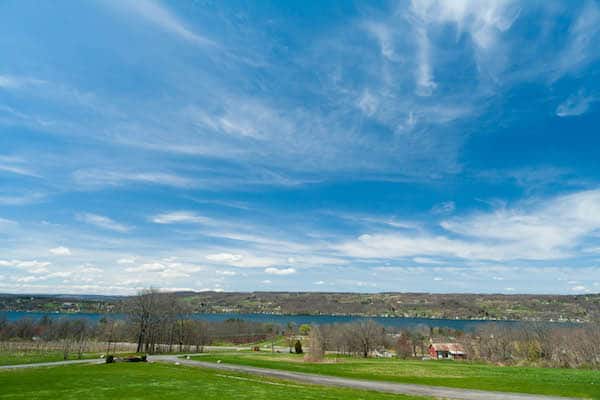 Keuka Lake is another popular visiting area in the Finger Lakes. There’s some especially nice running in Keuka Lake, mixing quieter roads with lake views, and passing farms and vineyards. We’ve put together a 5-mile tour, incorporating Keuka Park and Bluff Point. Start at the Lightner Library in Keuka Park, and head along Lake Ave./E. Bluff Dr. for 1.7 miles. Nice lake views on a fairly quiet road here. Turn RIGHT on Culver Hill Rd., heading up a steady hill for 0.75 miles and then RIGHT on Skyline Dr. Nice views and farms, as you head toward Bluff Point. After another 1.5 miles, RIGHT on Rt. 25 at Bluff Point, heading back down into Keuka Park.

Geneva is one of the major destinations in the Finger Lakes region, sitting at the northern end... more...