No Thanks
Flagstaff, AZ 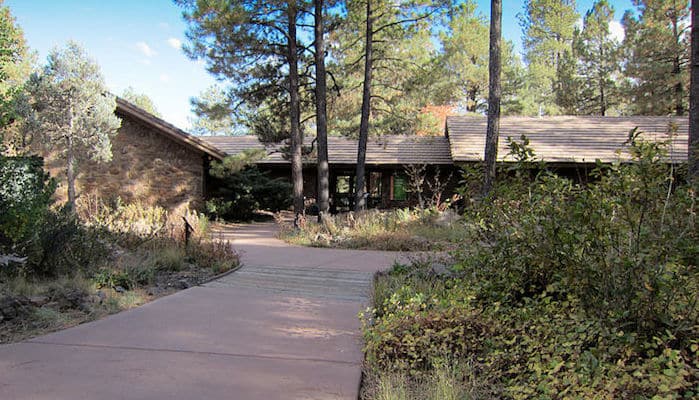 This route is a nice combination of paths at the 200-acre Arboretum at Flagstaff, and a quiet dirt road that extends from the Arboretum.

Arboretum. High-elevation demonstration gardens, wild woodlands, and sun-drenched prairies at the foot of the San Francisco Peaks! Winding gravel paths beneath a canopy of ponderosa pines. Notes: The Arboretum is closed in winter. Admisson required. Especially beautiful during wildflower season.

Woody Mountain Road. This dirt road springing from the southwest corner of the city is a hidden gem, particularly beloved because it is plowed in wintery weather (unlike the FUTS paths). With rolling hills and a packed dirt surface, this rarely-traveled road spans some 32 miles. Easy parking for an out and back can be found at the Arboretum at Flagstaff. From here, the road runs southwest through open range, ending at the edge of the Mogollon Rim which overlooks Sedona. The road also connects to great trails at the Rogers Lake County Natural Area.

The FUTS network boasts over 50 miles of multi-use paths across the city. Highlights including Sinclair Wash... more...

Buffalo Park is one of the best running routes in Flagstaff, with two miles of wide, easy-going... more...