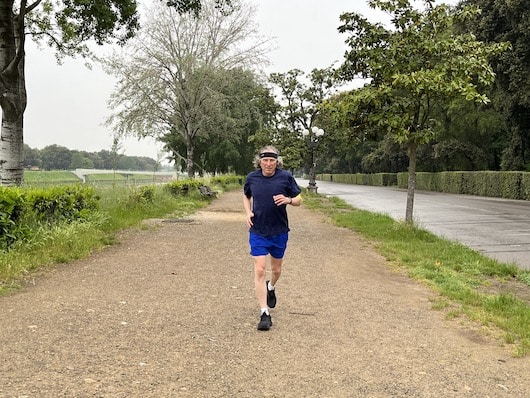 Cascine Park is a classic European urban park, and the most significant green space in Florence for a run. The 395-acre park is located on the north bank of the Arno River, and is long and narrow in shape. There’s a wonderful combination of large meadows,  wide, well-landscaped promenades, woodland paths, and a path alongside the Arno River. Don’t miss the monumntal Piazzale delle Cascine, dominated by the Palazzina Reale, and its bordering areas, including Piazzale Kennedy with its circular fountain.

There are multiple running options in Cascine Park. It’s 3.8 km (2.6 miles) from the Piazza Vittorio Veneto entrance at the eastern end to the Monumento All’Indiano at the western end. So a straight out and back along the main east-west roads and paths is ~5 miles.  A favorite route is going along the river path one way, and the interior park paths the other way.

Add-Ons:  You can easily add to this by enjoying some of the park’s interior paths, or running on Arno River, east to Ponte Vecchio (1.6 km from the eastern entrance), further west along the river paths, or doing a combination run of park and river. There’s a crossover bridge, Passerella dell’Isolotto, to the Arno’s south side, at the park’s mid-point.
Share:
Essentials
Route Map: East End to West End Park Map Park Information