No Thanks
French Basque Coast 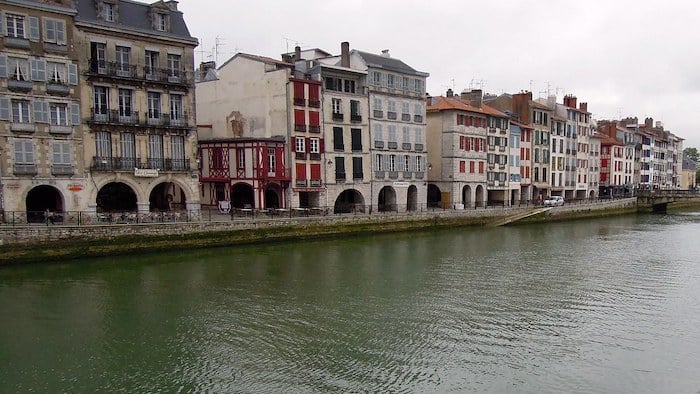 This route the best option for running in Bayonne, the Basque town just north of Anglet, where the Nive and Adour rivers meet. The 7 km run features riverfront paths, bridges, and some of Bayonne’s key sites.

Start at the Tourist Office in central Bayonne at the Place des Basques. Do a loop around the Leon-Bonnat Garden and its nice fountain, and then take the road to cross the Pont Henri Grenet to the north side of the Adour river. Run east for 1.8 km on a riverside quai, enjoying the nice views of the water and historic Bayonne, to the Pont Charles Vaillant — a scenic pedestrian bridge. Then run along the southside river path for 0.5 km, to the Square Lafayette. Turn LEFT onto Rue de Ravignan, and then RIGHT on Rue Marengo to the Nive River, passing the Musée Basque. The next section is 1 km loop of the Nive River, crossing the Pont du Génie, to return to the starting point. We’ve included a 1 km jaunt along Pl. des Basques to the small but scenic Botanic Garden, which you can do at the beginning or end of the run. Great views of the the hilltop, Gothic Cathédrale Sainte-Marie de Bayonne!

Add-Ons: Explore the narrow medieval streets of the old Grand Bayonne district, which are on both sides of the Nive River.

The 4.5 km seafront promenade in Anglet, located just north of Biarritz, is a festive scene, with... more...

A wonderful option for a hot summer day! Explore the many km of pine forest trails... more...