No Thanks
Geelong, Australia 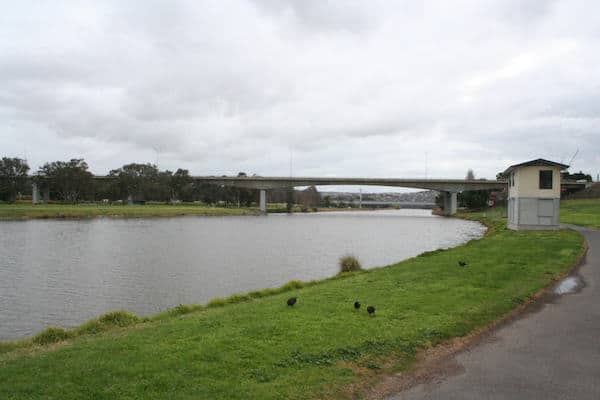 The Barwon River Trails are a must-do when visiting Geelong. The shared use paths pass through picturesque scenery from Fyansford to South Geelong, including a waterfall, wetlands, bird sanctuary, beautiful parks and of course the river. There are a couple of loop options:

Troop Loop. Named after the Geelong-born Olympian Lee Troop, there are 6 km and 10 km loop options. Both start at Landy Field Athletics Track and head towards the break using the Macintyre Footbridge and the Shannon Ave Bridge, respectively, to switch to the other side of the river for the return journey.

South Geelong to Buckley Falls Loop. This 10k loop runs between South Geelong and the Buckley Falls Lookout in Highton. Starting at Yollinko Park off Mt. Pleasant road, there are paths along both sides of the river and numerous parks along the way, including the larger Queens Park. The area around Highton, particularly, is hilly.

Add-On: Highton Hill.  The River also passes the suburb of Highton which is known for its steep terrain. We’ve added a loop that we enjoy, which includes 88 meters of elevation in just over 2 km. Starting at Challambra Cres., the loop incorporates Westbury Terrace through Montpellier Park, then Reigate Rd., Melrose Ave., and N. Valley Rd.

Balyang Sanctuary, which is Barwon River adjacent, is also home to Parkrun, a free group 5k held every Saturday morning. You can see the course map and learn more here.