No Thanks
Graz, Austria 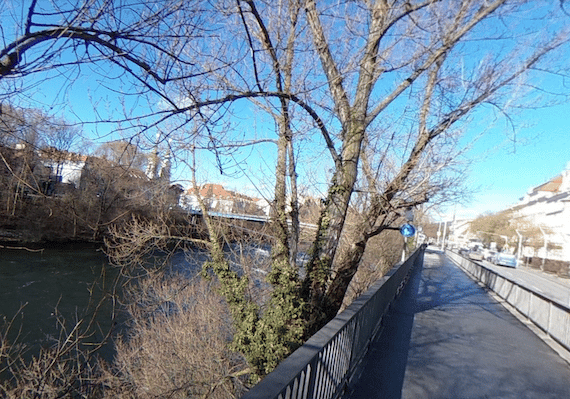 The paths along the Mur River are the centerpiece of running in Graz. Overall, there are ~7.5 km of mainly paths on both sides of the river. We’ve mapped two distinct loops from the central part of Graz. Or, use thenumerous pedestrian bridges to create loop of various distances!

South Loop: This nearly 10k loop heads south from the city center. Start at Murinsel and head south on the east bank of the river for 5 km to the 67a Bridge. The path is part paved and part gravel, with nice water views. Nice features include the Neue Galerie, and the Augarten park. Use the 67a bridge to cross over to the west bank, which is the newer side of the side of the river. Run north for 3 km, where the path ends at the 67c bridge and cross over to the east side for the final 2 km.

North Loop: This 6k loop heads north from Murinsel on the east side of the river, on the Schwimmschulkai path. Just shy of the 3 km mark, cross over using the Pongratz pedestrian bridge. Return on the west side. There are nice views of the water and of the historic part of Graz headed south toward the city.