The best places to run in Graz & Vicinity 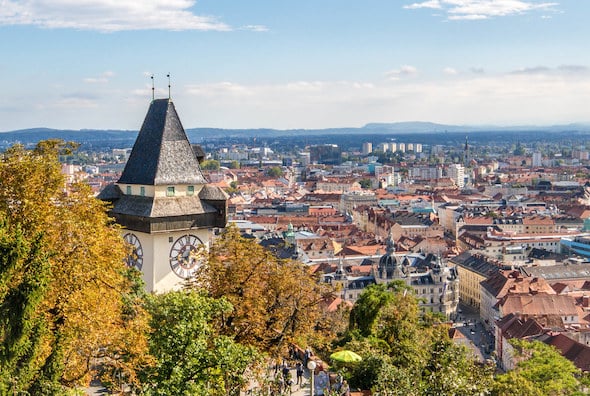 Graz is the capital city of the Austrian state of Styria and second-largest city in Austria. This attractive city site, with a beautifully preserved old town (Altstadt) sits on both sides of the Mur River and is surrounded by mountains. There’s some lovely running in Graz. But runners should note that outside the Mur River paths, there’s gonna be some hills! Note: Weg=Path, See=Lake

The best places to run in Graz center on the several km of paths along the Mur River. We’ve also put together a terrific ‘runseeing‘ tour, showcasing the Graz Castle, several parks, and a jaunt through Altstadt. For a long, forested run, we recommend the Leechwalkd Forest route. Those looking for trails and hills near the center will enjoy the options in Gösting and around Plabutsch mountain.

All of our routes are accessible via Graz’ excellent public transport system, which consists of buses, four tram lines, and trains.

Some of our favorite runs in Graz, Austria

The 7.5 km of paths along both banks of the Mur River are the centerpiece of running... more... 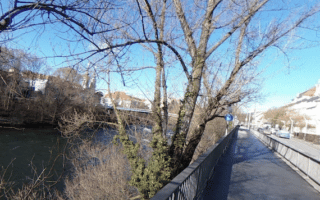 The 7.5 km of paths along both banks of the Mur River are the centerpiece of running in Graz. Nice river views, parks, and landmarks. We've created two loops, or create your own using the numerous pedestrian bridges!
Explore 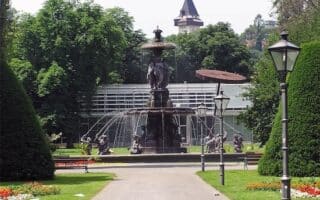 A great 7.5 km route that hits many of the main highlights of Graz: the Schloßberg castle, Stadtpark, Augarten, and a jaunt through the old town (Innere Stadt). The Schloßberg is a short, steep climb.
Explore 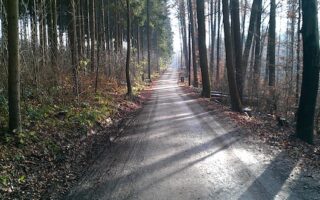 Leechwald Forest Trail, located just east of Graz, is a great spot for a long off-road run. The trail follows a wooded ridge-line, opening up to some nice views. The full trail is a well-waymarked half-marathon route. Note: hilly!
Explore 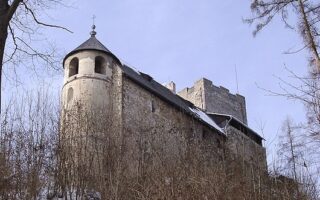 Experience some hilly, pastoral running in the Plabutsch mountains inthe Gösting distict near Graz. There are trails to a hilltop castle, an observation deck & more. For a gentler run, take the path along Thal Str. from Gösting to Thalersee Lake.
Explore

The 7.5 km of paths along both banks of the Mur River are the centerpiece of running in Graz. Nice river views, parks, and landmarks. We've created two loops, or create your own using the numerous pedestrian bridges!
Explore

Graz has a humid continental climate with cool winters and warm summers. In summer, average high temperatures are in the 25C (77F) range, with cool nights. Fall is gorgeous. and lingers into late October/early November. Winters are cold but not frigid, with daytime and nighttime temps hovering just above and just below the freezing mark, with 60 cm (24 inches) of snow annually. Rain in summer comes often in the form of thunderstorms. Precipitation is evenly spread through the year.

Try to stay near the city center to access the Mur River paths and our ‘runseeing’ tour from outside your door! The charming Altstadt (old city) is on the east bank of the river.

There are no independent running-centric stores in Graz, but there are outlets of several major sporting goods chains.

This is a good calendar of running events in Graz.

The Graz Marathon, held in October, is a popular event.