No Thanks
Groningen, Netherlands 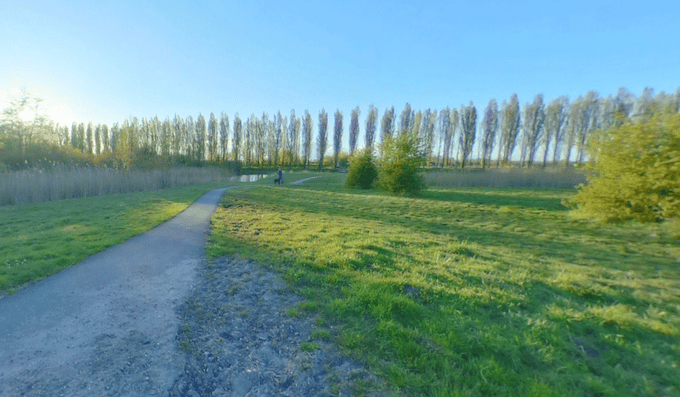 The paths around the Kardingebult are among our favorite places to run in Groningen. Located a few km northeast of the city centre, Kardingebult is a park with several km of paths along canals, around small lakes and wetlands, and open green spaces. There are also several recreational and sports facilities in the area. We’ve mapped a 9 km loop, which can be used as a guideline for creating your own route on the numerous crisscrossing paths.

A good place to start is the parking area off Kluiverboom. Explore the Recreatiegebied Kardinge, a nice green space with allée type paths and water views. The path heads east as far as the Zuidwending canal. Loop back, with a nice section on the Pedaalpad path through Beijum park. Then, LEFT on the Beijumweg, which you’ll follow around for 2 km. The final section is on the Koerspad path returning to the start.

Add-Ons: Numerous additional paths in the area to explore.